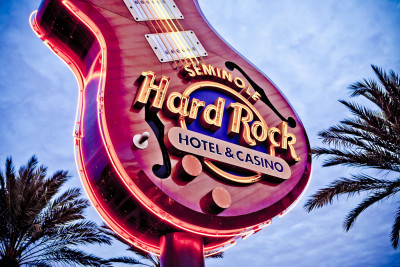 TAMPA, Fla. (August 12, 2015) – Tampa Bay 501c non-profit organizations will have the opportunity to be part of the 2016 Seminole Hard Rock Girls Calendar.

From now until September 15, non-profits can go to Seminole Hard Rock Hotel & Casino Tampa’s website and submit an entry to be connected to the 10th annual calendar.

Twelve non-profits will be selected and tied to each month of the calendar, which features 20 of Seminole Hard Rock Hotel & Casino Tampa’s hand-selected female team members.

During the charity’s selected month, Seminole Hard Rock Hotel & Casino Tampa will host a charity slot tournament and benefit concert, where a check presentation will take place totaling the funds raised for the month.

Additionally, there will be a customized memorabilia item sold throughout the property’s retail stores and Seminole Hard Rock Hotel & Casino Tampa will donate 100 percent of proceeds sales to the charity of the month.

A further bonus will be the split amongst the selected 12 charities of the proceeds generated from sales of the 2016 Seminole Hard Rock Girls Calendar.

A four-day photo shoot for the 2016 calendar wrapped up last week. During the shoot, various locales, textures and elements were brought to life from the amenities Seminole Hard Rock Tampa had to offer.

The Seminole Hard Rock Girls will not know which month they will be in the calendar until it is unveiled in December. Each girl who makes the calendar receives $500, while the centerfold is given $500 and a trip to Las Vegas.

Throughout the year, Seminole Hard Rock Girls attend various events as property ambassadors as well as advocates for the selected Tampa Bay charities.

The calendar was shot by Joey Wright Photography and styled by Glam Squad, which is owned by Amber Flowers. The production crew on set was local production corporation, Motlow Productions, Inc.

About Hard Rock International
With a total of 201 venues in 64 countries, including 155 cafes, 21 hotels and 10 casinos, Hard Rock International (HRI) is one of the most globally recognized companies. Beginning with an Eric Clapton guitar, Hard Rock owns the world’s greatest collection of music memorabilia, which is displayed at its locations around the globe. Hard Rock is also known for its collectible fashion and music-related merchandise, Hard Rock Live performance venues and an award-winning website. HRI owns the global trademark for all Hard Rock brands. The company owns, operates and franchises Cafes in iconic cities including London, New York, San Francisco, Sydney and Dubai. HRI also owns, licenses and/or manages hotel/casino properties worldwide. Destinations include the company’s two most successful Hotel and Casino properties in Tampa and Hollywood, Fl., both owned and operated by HRI parent company The Seminole Tribe of Florida, as well as other exciting locations including Bali, Chicago, Cancun, Ibiza, Las Vegas, Macau and San Diego. Upcoming new Hard Rock Cafe locations include San Juan, Lagos and Busan, South Korea. New Hard Rock Hotel projects include Daytona Beach, Dubai, Los Cabos, Tenerife, Abu Dhabi, and Shenzhen and Haikou in China. For more information on Hard Rock International, visit www.hardrock.com.