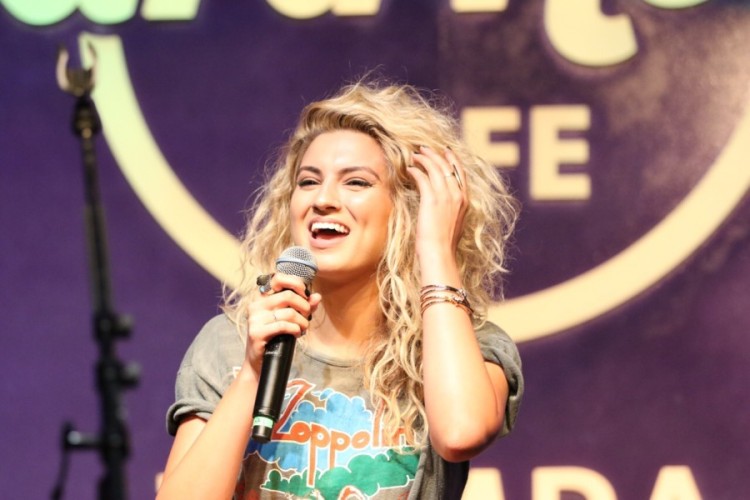 The evening featured a live performance by Tori Kelly, a chart topping Capitol Records recording artist. In addition to her performance, Kelly hosted a Q&A session in which she provided insightful information for artists entering the contest.

WiLD 94.1 recently announced the #TBTSearch contest, which is a local effort to find the next talented artist that displays a combination of both singer and songwriter qualities. The selected winner will receive a $2,500 cash prize along with national exposure through various publicity opportunities.

Local artists are encouraged to visit the WiLD 94.1 website to enter the talent search. Each contestant must include a brief bio and a spotlight that showcases their musical background (YouTube link of a performance). The contest is open to all Tampa Bay solo artists who are at least 15-years-old.

The only way fans were able to get in to see the live performance was to win while tuned in to WiLD 94.1 and listen for their chance to win tickets.

The #TBTSearch contest will conclude on Tuesday, September 8, in Hard Rock Cafe Tampa. Ten finalists will perform live for a panel of judges, comprised of record label executives and station representatives.

About Hard Rock International
With a total of 201 venues in 64 countries, including 155 cafes, 21 hotels and 10 casinos, Hard Rock International (HRI) is one of the most globally recognized companies. Beginning with an Eric Clapton guitar, Hard Rock owns the world’s greatest collection of music memorabilia, which is displayed at its locations around the globe. Hard Rock is also known for its collectible fashion and music-related merchandise, Hard Rock Live performance venues and an award-winning website. HRI owns the global trademark for all Hard Rock brands. The company owns, operates and franchises Cafes in iconic cities including London, New York, San Francisco, Sydney and Dubai. HRI also owns, licenses and/or manages hotel/casino properties worldwide. Destinations include the company’s two most successful Hotel and Casino properties in Tampa and Hollywood, Fl., both owned and operated by HRI parent company The Seminole Tribe of Florida, as well as other exciting locations including Bali, Chicago, Cancun, Ibiza, Las Vegas, Macau and San Diego. Upcoming new Hard Rock Cafe locations include San Juan, Lagos and Busan, South Korea. New Hard Rock Hotel projects include Daytona Beach, Dubai, Los Cabos, Tenerife, Abu Dhabi, and Shenzhen and Haikou in China. For more information on Hard Rock International, visit www.hardrock.com.