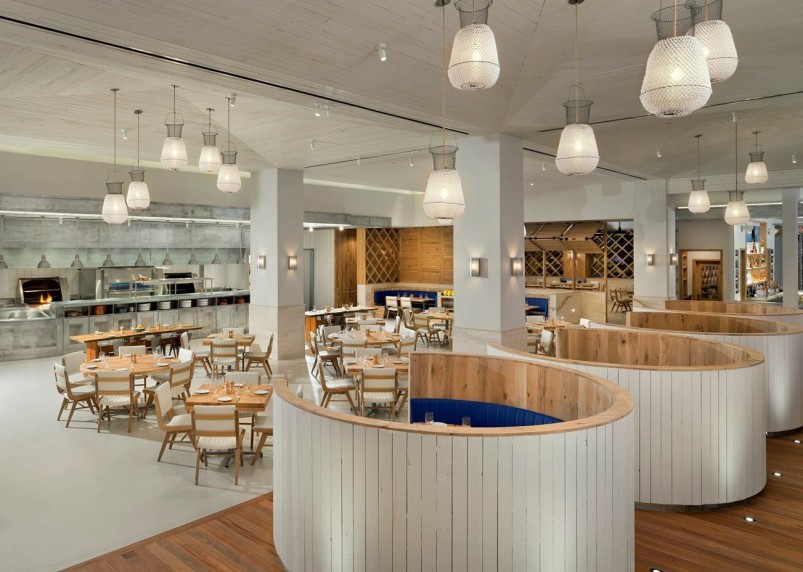 The property recently partnered with the renowned New York City-based chef to open the 250-seat restaurant.

The menu at Grey Salt takes its inspiration from Murphy’s childhood, highlighting items that trace back to his French heritage and Italian roots. With a focus on locally sourced fresh seafood, the menu will feature artisanal flatbreads, handmade pastas as well as rotisserie and grilled meats.

“I grew up throughout Europe – predominantly in Southern France and Italy where grey salt is a staple,” says Murphy. “When I was thinking about the menu for this restaurant, I decided to incorporate the finishing salt into some of my dishes to serve as a reflection of my childhood and when it came to think of a name, I realized that the words, Grey Salt, felt very in tune with my concept to open something that is tranquil, soothing and calm.

“Tampa is a great location for my Mediterranean inspired grill because of the close proximity to the Gulf and its amazing seafood. The climate is also very similar to the climate in the Mediterranean where I grew up spending time in Italy and France. Tampa was the perfect location and I am looking forward to creating an oasis within the hotel for people to enjoy. Tampa has a fantastic community of restaurants and I am excited to be a part of it. I am so impressed with the dining scene and I am looking forward to joining such a talented group of chefs down there.”

Grey Salt’s interior, designed by the award-winning TBD Architecture + Design Studio, is a calming oasis with a bright atmosphere and a restrained palette of warm neutral materials. Reminiscent of Mediterranean Seaside villages, a sun-bleached boardwalk welcomes guests to the round zinc bar, while the white textured walls and sand-colored floor bring diners to the beach.  Rosemary planters, preserved lemons, spice jars, olive oil, wine and firewood for the grills are scattered throughout the space, creating a true feeling of dining by the sea.

Grey Salt, which created over 130 jobs, replaces Green Room at the casino.

“We’re ecstatic to partner with a globally renowned chef like Marc Murphy,” said John Fontana, Seminole Hard Rock Tampa’s President. “We fully anticipate that Grey Salt will exceed Tampa Bay’s expectations and be another winning restaurant on the property.”

Ask Chef Marc Murphy where he grew up and he’ll fire off a list of cosmopolitan destinations — Milan, Paris, Washington DC, and Rome. For some, growing up the son of a globetrotting diplomat might have been stressful, yet for Murphy, this dizzying list of hometowns served as an excellent education in French and Italian cuisine, and afforded him the luxury of learning from a young age just how much he loved the world of cooking and of restaurants. Since then, Murphy has logged more than 20 years in the restaurant business, working in some of the world’s most highly esteemed kitchens, including Le Miraville in Paris, and Le Cirque in New York. He was also the Executive Chef at Cellar in the Sky at Windows on the World in the World Trade Center, La Fourchette and Chinoiserie.