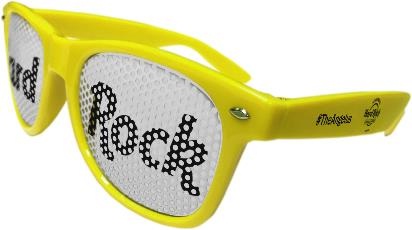 Hard Rock International, Yoko Ono Lennon and WhyHunger join forces for the eighth year of the IMAGINE THERE’S NO HUNGER campaign, which aims to fight childhood hunger and poverty through the support of sustainable agriculture education and nutritious meals. Inspired by John Lennon and his iconic song “IMAGINE,” the campaign strives to turn his dream of a world with no hunger into a reality.

In support of that mission, guests and fans of Seminole Hard Rock Tampa are invited to let their wish be heard with the IMAGINE THERE’S NO HUNGER Wish Tree. Guests can make donations in the Rock Shop for a wish tag, then write wishes down and place it on the hotel’s Wish Tree. Funds raised through the purchase of each Wish Tag will go directly to support sustainable agriculture education and nutritional feeding programs around the world.

In addition to WhyHunger, Seminole Hard Rock Tampa’s effort will benefit Metropolitan Ministries, an organization that provides comprehensive care for the homeless and those at risk of being homeless.

True to Hard Rock’s mottos, “Love All – Serve All” and “Take Time to be Kind,” philanthropy has been the soul of the brand since its founding in 1971, and now guests can join in the fight against childhood hunger and poverty. During the months of November and December, guests can support by visiting Hard Rock properties around the world to purchase IMAGINE merchandise.

As part of the 2015 IMAGINE THERE’S NO HUNGER campaign, Hard Rock encourages fans to show their support by using the #ImagineNoHunger hashtag on social media. Whether sharing photos of Hard Rock’s IMAGINE merchandise or how they support the IMAGINE campaign, Hard Rock looks to its guests to join the fight and utilize the #ImagineNoHunger hashtag in their social media posts this season.

For additional information on the IMAGINE program, visit www.hardrock.com/IMAGINE.

About WhyHunger
Founded in 1975 by the late Harry Chapin, WhyHunger is a leader in building the movement to end hunger and poverty by connecting people to nutritious, affordable food and by supporting grassroots solutions that inspire self-reliance and community empowerment. WhyHunger works to support, resources and build the capacity of community organizations and social movements that are changing the systems, policies and institutions that perpetuate hunger and poverty in our world. Together we are transforming our collective food system into one that is socially and economically just, nourishes whole communities, cools the planet and ensures the rights of all people to food, land, water and sustainable livelihoods. Learn more at whyhunger.org