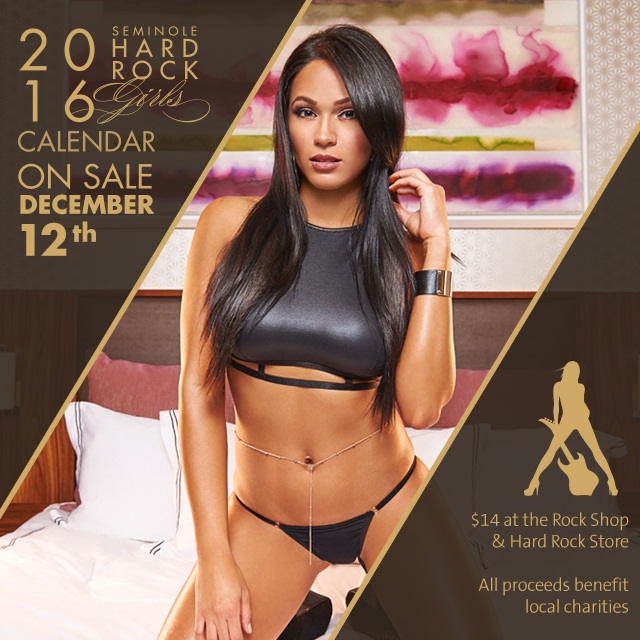 The calendar is scheduled to go on sale in Seminole Hard Rock Tampa retail outlets beginning Saturday, December 12. The cost per calendar will be $14 and all of the funds generated from sales through 2016 will be distributed evenly amongst local charities the property has partnered with.

WiLD 94.1 talent Davy Rolando will supply the music from 9 p.m. to midnight following the charity announcement.

Each of the Seminole Hard Rock Girls who made the calendar received $500, while the centerfold was given $1,000 and a trip to Las Vegas.