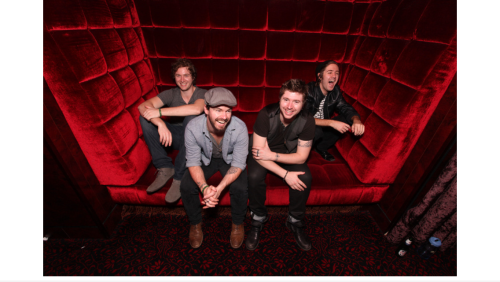 The Rock Brothers beers that will be available include High Road Ale, Nare Sugar Brown and Nothing Too Fancy Pale Ale, while the Cigar City beers offered will include Jai Alai, Cigar City Lager and Peach InCider.

Twelve-ounce beers will be on sale for just $5 each and those who attend will have the opportunity to meet the brewery representatives and collect “swag.”

Music will begin at 5 p.m., followed by a free performance by the group Melodime at 9 p.m.

Rock Brothers Brewing began as an idea in Atlanta and took full form in the founders’ hometown of Tampa just as the craft beer boom was exploding.

Uniting craft beer and music, an opportunity presented itself to ignite the brand in 2012 and by the spring of 2014 it came to life with the local band “Have Gun Will Travel.” Before the product ever hit the tap lines, it received a National Championship win at the United States Beer Tasting Championship. This was due in great part to Rock Brothers recipe collaborator and brand partner Cigar City Brewing.

About Hard Rock International
With a total of 209 venues in 67 countries, including 161 cafes, 23 hotels and 11 casinos, Hard Rock International (HRI) is one of the most globally recognized companies. Beginning with an Eric Clapton guitar, Hard Rock owns the world’s greatest collection of music memorabilia, which is displayed at its locations around the globe. Hard Rock is also known for its collectible fashion and music-related merchandise, Hard Rock Live performance venues and an award-winning website. HRI owns the global trademark for all Hard Rock brands. The company owns, operates and franchises Cafes in iconic cities including London, New York, San Francisco, Sydney and Dubai. HRI also owns, licenses and/or manages hotel/casino properties worldwide. Destinations include the company’s two most successful Hotel and Casino properties in Tampa and Hollywood, Fl., both owned and operated by HRI parent company The Seminole Tribe of Florida, as well as other exciting locations including Bali, Chicago, Cancun, Ibiza, Las Vegas, Macau and San Diego. Upcoming new Hard Rock Cafe locations include San Juan, Reykjavik and Gran Canaria, Spain. New Hard Rock Hotel projects include Atlanta, Berlin, Daytona Beach, Dubai, Los Cabos, Tenerife, Abu Dhabi, and Shenzhen and Haikou in China. For more information on Hard Rock International, visit www.hardrock.com.