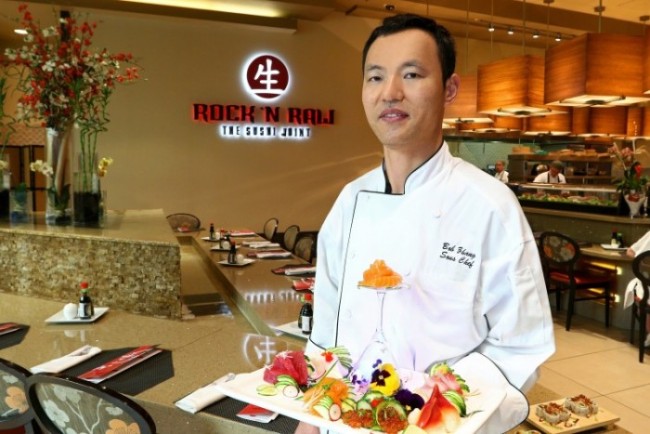 A Qing Dao, China native, “Bob” started his culinary career at age 19 working at the five-star Debao Gardens Hotel in his hometown.

He studied hotel management at the Qing Dao Hotel Management School where he received his associate’s degree. He later received his bachelor’s degree from the Guangzhou Culinary Art School in Guangzhou, China.

His favorite dish to create is the Surf ‘N Turf sushi roll served in Rock ‘N Raw, which is made of wagyu and king crab.