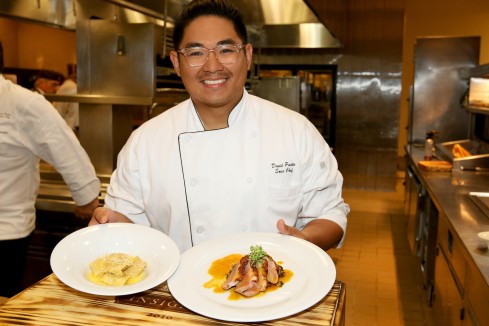 A graduate of the Art Institute of Philadelphia, Puatu has totaled almost 10 years in the food and beverage industry. He has worked at prestigious restaurants ranging from the Michelin Star-rated La Bec Finn and Bobby Flay Steak to Council Oak Steaks & Seafood where he started as Sous Chef in November of 2014.

Puatu, who will report to Executive Sous Chef Michael Balles, steps into his new role determined to bring Council Oak to the next level with his expansive knowledge of modern cooking and flavor profiles.