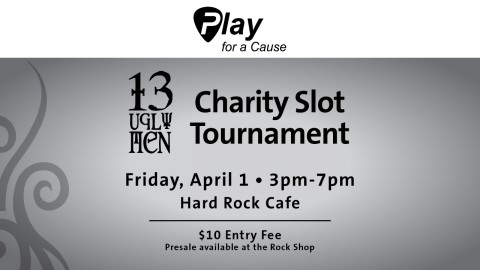 To further support the charity, Hard Rock Cafe will host a 13 Ugly Men Benefit Event on Friday, April 1. Open to the public, the event will feature a charity slot tournament (3 p.m. to 7 p.m.), red carpet ceremony (6 p.m.), benefit concert (7 p.m.) and check presentation of funds raised for the month (following the concert).

In addition to the March activity, the property will also be hosting 13 Ugly Men’s Annual White Party poolside on Saturday, April 2, from 7 p.m. to 2 a.m.

Tickets for the White Party may be purchased via www.13uglymen.com. A limited number of VIP cabanas and lounges are available.

All proceeds from White Party ticket sales will go to The Spring of Tampa Bay, which helps to prevent domestic violence, protect victims and promote change in lives, families and communities.