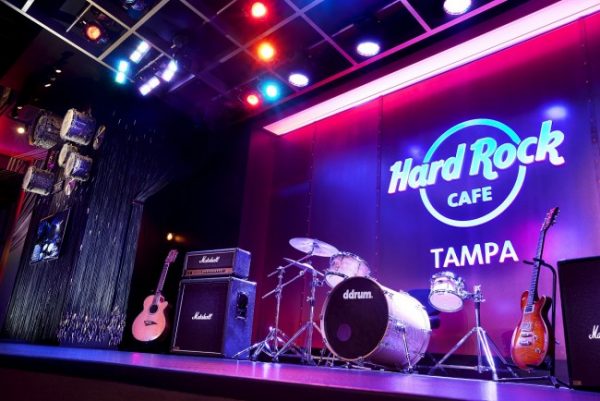 Fans will have the chance to get up on stage to sing for their supper, which includes a Legendary Burger from Hard Rock Cafe. The band “Love Struck Robot” will be providing background music for the event.

If stage fright is a problem, from April 19 to April 25, participants will have the opportunity to upload a singing video to Instagram or Twitter while tagging Seminole Hard Rock Hotel & Casino Tampa. Five winners will be chosen on April 25 and each will receive a $50 gift card to Hard Rock Cafe.

In addition to winning a Legendary Burger, each fan who takes the stage will receive a “swag bag” containing a Seminole Hard Rock Girls Calendar, a can of Hard Rock Energy drink and a Hard Rock Cafe classic tee.