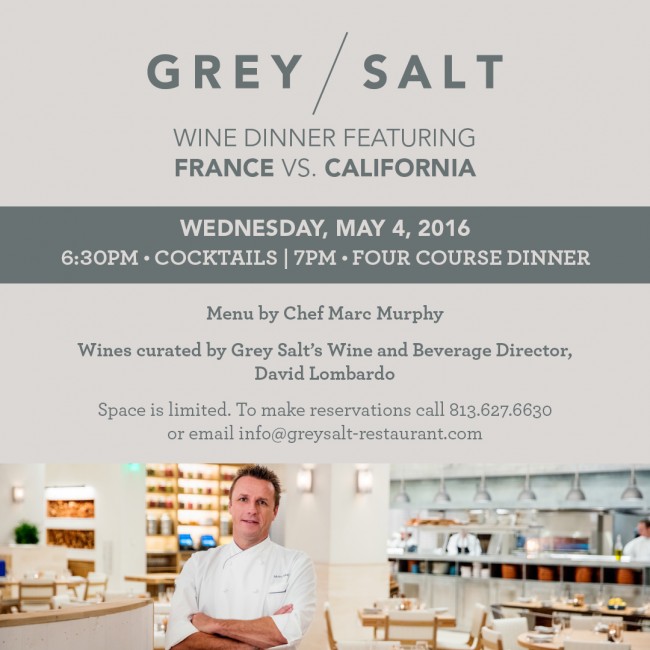 The dinner will take place in Grey Salt’s spacious Wine Room. Tickets are $150 per person (including tax and gratuity) and may be purchased by calling (813) 627-6630 or via email at [email protected].

The courses will include 2 by 2 Oysters (first), Grilled Local Black Grouper (second) and Wood Fired Colorado Lamb (third). The dessert offered will be Panna Cotta.

Grey Salt, which opened this past November, offers a menu that takes its inspiration from Chef Murphy’s childhood, highlighting items that trace back to his French heritage and Italian roots. With a focus on locally sourced fresh seafood, the menu features artisanal flatbreads, handmade pastas as well as rotisserie and grilled meats.