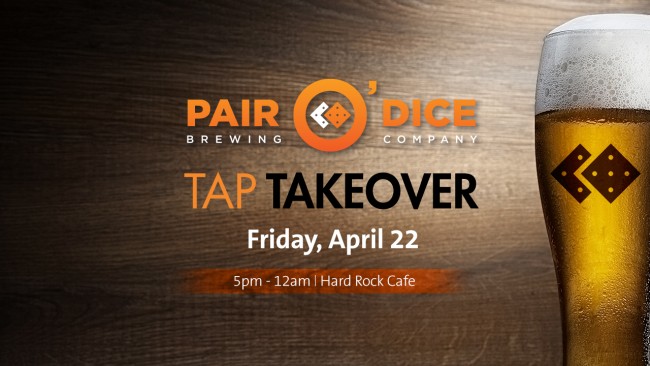 Twelve-ounce beers will be on sale for just $5 each and those who attend will have the opportunity to meet the brewery representatives and collect “swag.”

Music will begin at 5 p.m., followed by a free performance by Dan Orlando at 9 p.m.

Pair O’ Dice Brewing Co., Clearwater’s first production microbrewery, was founded in October 2013 by husband and wife team, Ken and Julia Rosenthal. With a passion for craft beer, quality and consistency, they focus on fresh, aromatic and flavorful hop-forward ales inspired by their beer pilgrimages to the West Coast.