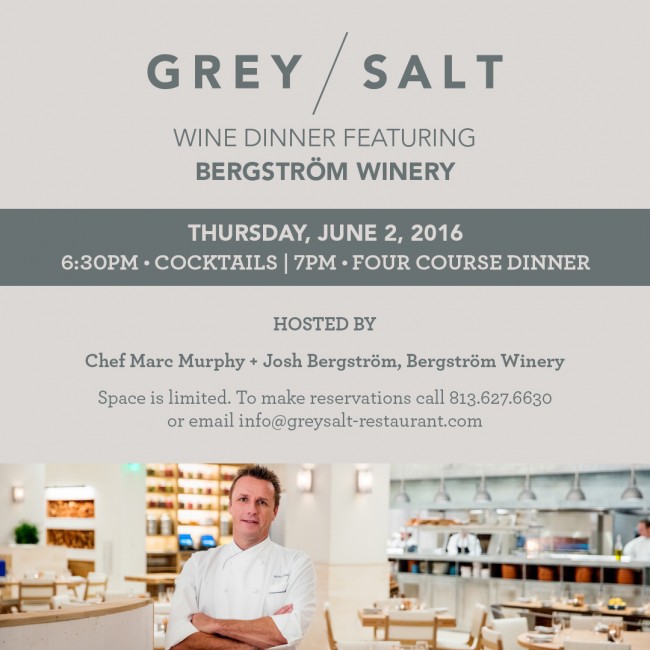 The dinner will be hosted by Chef Marc Murphy and Bergström owner and winemaker, Josh Bergström, along with Grey Salt’s Wine + Beverage Director, David Lombardo. It will take place in Grey Salt’s private Wine Room. Tickets are $175 per person (including tax and gratuity) and may be purchased by calling (813) 627-6630 or via email at [email protected]. Space is limited.