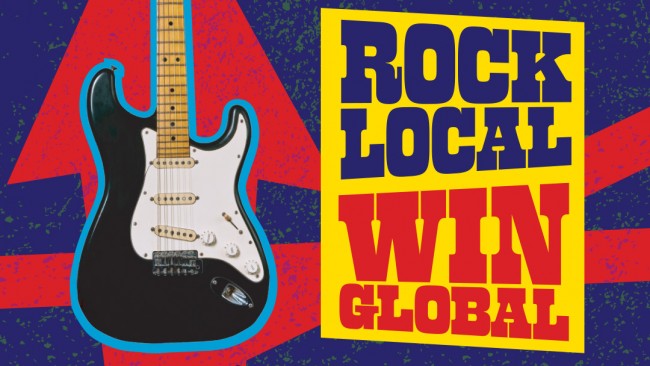 TAMPA, Fla. (May 19, 2016) – Hard Rock Cafe in Seminole Hard Rock Hotel & Casino Tampa is gearing up for an evening of live music when it hosts Hard Rock Rising on Wednesday, June 1.

Tampa-area performers Hope Darling, Infinity on High, Under Tone and On the Avenue will each take to the Hard Rock Cafe stage beginning at 7 p.m. and compete for the opportunity to represent Tampa in the regional judging with a grand prize of $50,000 and a trip to Ibiza.

The Hard Rock Cafe Tampa event is one of 107 Hard Rock Rising’s that will take place on June 1 around the world, which will include more than 425 local artists and music acts. It’s the world’s largest, one-day music showcase.

From New York to Japan to Australia, Hard Rock Rising, in partnership with ReverbNation, saw 10,000 up-and-coming musicians register to compete for a chance to become the Hard Rock Rising champion. The global grand prize winner and four regional finalists will take home a professionally-produced music video, a 1,000 count CD/DVD pack of their latest recording from Bison Disc and a Fender Instruments prize pack.

Additionally, the grand prize winner will take home the aforementioned $50,000 and all-expenses-paid trip to perform at Hard Rock Hotel Ibiza in September.

“This year marks the first time in the six-year history of Hard Rock Rising that we are syncing all performances on one day, elevating the competition and creating an immersive, social experience for music fans worldwide,” said Jeff Nolan, Hard Rock International’s Music and Memorabilia Historian. “On June 1, you can walk into a Hard Rock Cafe or Hotel anywhere in the world and enjoy live music from some of the most talented up-and-coming acts in more than 100 markets.”

Bands participating in the June 1 showcase have been narrowed down from a record-breaking 10,000 entries entered via ReverbNation through a combination of online fan voting and local Hard Rock Cafe or Hotel team nominations. One winner will be selected at each location by a panel of local judges. These winners will be evaluated by an expert panel of international artists and music industry professionals, who will narrow the local winners down to four regional finalists and one global grand prize winner.

Committed to supporting music and emerging artists around the globe, Hard Rock International hosted more than 31,000 live music events worldwide in 2015. The brand continues its dedication to support up-and-coming artists in 2016 with Hard Rock Rising global music showcase, providing a forum for today’s new talent to connect with music fans around the world.

Fans can follow Hard Rock across the globe on June 1 to check out select Hard Rock Rising performances live on Facebook. For a list of participating locations and artist profiles of the participants, visit www.HardRockRising.com.

About ReverbNation
ReverbNation is the global leader in providing independent musicians the tools to manage every aspect of their careers. Since 2006, ReverbNation’s complete career management solution has built a community of over 4 million artists. This unrivalled access to today’s emerging talent, added to an industry leading curation capability, and a growing online audience of millions of fans, allows ReverbNation to play a pivotal role in the early identification and development of the next generation of successful artists. For more information, visit ReverbNation.com and follow ReverbNation on Twitter at Twitter.com/ReverbNation.