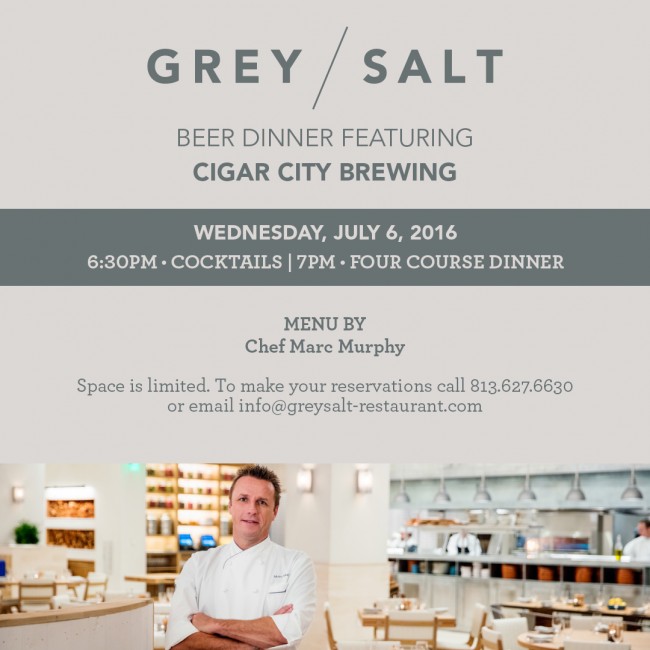 The dinner will take place in Grey Salt’s private Wine Room and tickets are $125 per person (including tax and gratuity). They may be purchased by calling (813) 627-6630 or via email at [email protected]. Space is limited.

The four-course meal will include passed hors d’oeuvres of profiteroles as well as scallop crudo for the first course, butter poached lobster tail for the second and porchetta for the third, finishing with beer affogato for dessert.