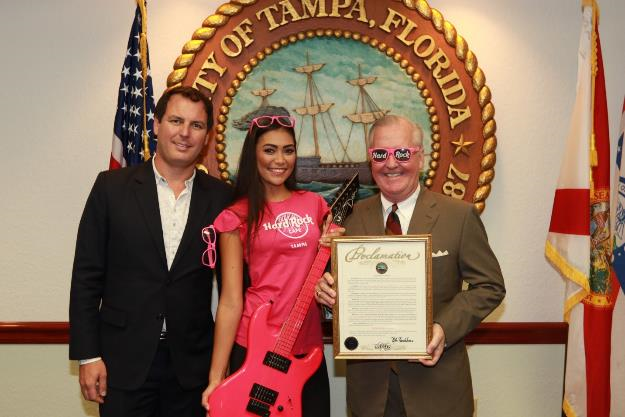 This will be the ninth year of Seminole Hard Rock Tampa’s involvement with PINKTOBER®. Last year, the property raised more than $47,000 to help fund research for prevention and a cure for breast cancer.

A major component of the program will once again be the property’s support of the American Cancer Society’s Making Strides Against Breast Cancer Walk, scheduled for Saturday, October 22, at Tampa’s Amalie Arena beginning at 9 a.m. Like previous years, Seminole Hard Rock Tampa will enter a team for the walk.

For details about the Making Strides Against Breast Cancer Walk, please visit www.makingstrideswalk.org.

Throughout the month, the property will also be selling limited edition earbuds in its retail shops for $10 with 100 percent of the proceeds generated going to the American Cancer Society.