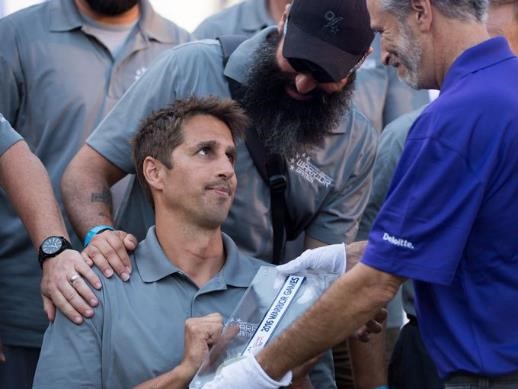 Haytasingh is a Special Operator with the United States Special Operations Command (USSOCOM) at MacDill Air Force Base in Tampa. During his 19 years of service, he has had eight combat deployments to Iraq and Afghanistan.

Despite seeing his share of battle wounds during those deployments, it was a surfing accident in 2013 that deeply affected his life. He sustained a broken neck as well as several other injuries.

Haytasingh would go on to endure 12 surgeries covering more than two and a half years before ultimately having the opportunity to compete in the DOD (Department of Defense) Warrior Games in June 2016 for the USSOCOM team in rifle, archery, swimming, track & field and wheelchair basketball. He was also selected to be the torchbearer for the opening ceremony and was awarded the “Heart of the Team” by fellow teammates and coaches.

“We’re grateful for Lt. Haytasingh’s service and commitment to our country,” said Seminole Hard Rock Hotel & Casino Tampa President John Fontana. “He clearly fits the mold of what a ‘Community Hero’ should be. We’re certainly honored that he will participate in this great event.”