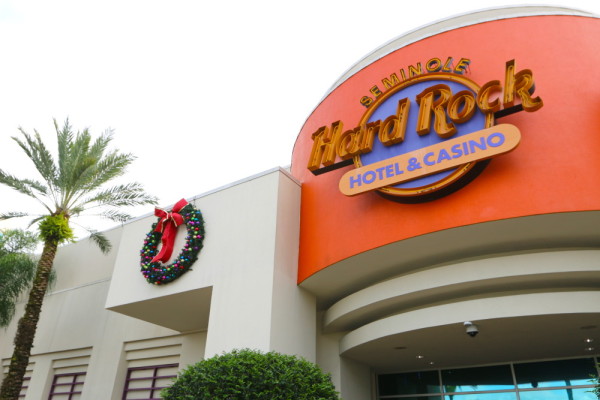 Seminole Hard Rock Tampa’s 46-table, non-smoking poker room will feature Wi-Fi throughout and will have the sports fan in mind (the room will offer 40 TV’s, including six 75-inch TV’s and four 65-inch TV’s).

High-stakes players will be offered an unrivaled poker experience with the opening of a new high-limit lounge featuring two VIP tables – a place where high-stakes resolutions are constantly in action and where every movement is examined and every decision is studied in an effort to gain the upper hand.

Amongst the other offerings will be a bar with seating to accommodate 15, as well as a “hidden gem” of a snack bar with seating for more than 20, and as an added convenience an outdoor covered area for smoking.

Seminole Hard Rock Tampa will continue to offer the largest variety of games and highest limits in the Tampa Bay area including all variations of Texas Hold’em, Seven-Card Stud and Omaha.

To celebrate the opening of the new poker room, comedian Brad Garrett, best known for having played the role of Robert Barone in the hit CBS series Everybody Loves Raymond, will be doing a ceremonial guitar smash before the new venue opens to the public. He will then play the first hand, which will include the presentation of a commemorative pin (limited to the first 800).

Following the ceremonies, Seminole Hard Rock Tampa will present to Garrett a $10,000 check for the charity of his choice, Maximum Hope Foundation, which offers urgent financial relief to families caring for a child with a life-limiting illness.