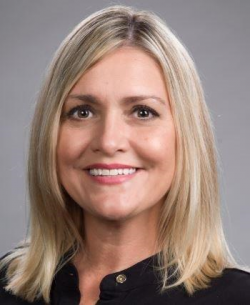 Lazo began her food and beverage casino career back in 1986 as a food server at the Lakeside Inn Casino in Lake Tahoe, Nev. She subsequently worked at Boyd Gaming and Sands Gaming in Las Vegas and then spent nine years with Stations Casinos where she helped open Sunset Station and the award-winning four diamond Green Valley Ranch.

She also previously worked at the Silverton Lodge & Casino in Las Vegas and was at Seminole Hard Rock Tampa for almost three years where she was Director of Food & Beverage.

“Having spent more than two decades in the business, Dawn is highly regarded by her team and brings experience to the table that establishes her as a leader that we are proud to have at this property,” said Seminole Hard Rock Tampa’s President Joe Lupo.

Most recently, Lazo spent almost four years as the Vice President of Food & Beverage for Seminole Casino Coconut Creek (Fla.) where she led 12 departments within the F&B division, while overseeing 73 managers and 700 team members.

Seminole Hard Rock Hotel & Casino Tampa is the premier entertainment destination of Central Florida. Owned and operated by the Seminole Tribe of Florida, the property is one of the most successful and largest casinos in the world. Located off I-4 at North Orient Road and Hillsborough Avenue, about 10 minutes east of downtown Tampa, the casino features high stakes table games, thousands of the hottest slot machines as well as a new smoke free slots area offering more than 850 popular games. Additionally, there is a new state-of-the-art Poker Room featuring 46 tables and a new art deco-inspired Mezzanine Level Casino with more than 500 premium and high limit slots. The hotel is AAA Four Diamond rated and offers six award-winning Zagat-rated restaurants, including the fine dining venue Council Oak Steaks & Seafood. The only place to rock one’s body and soul, Rock Spa® & Salon, is also available along with a plethora of VIP services. For more information, please call 866-502-PLAY or visit us online and via Facebook, Twitter, Instagram and Pinterest.