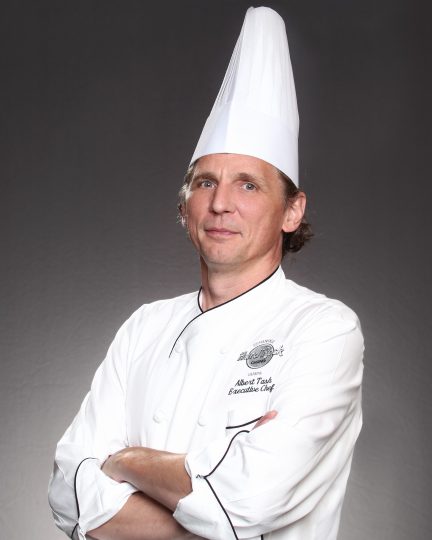 Tash specializes in venue design and operation, menu engineering and design, as well as team communication.

A Canadian, Tash has been the recipient of many prestigious awards over the years including a President’s Award, Chef of the Year Award and a Gold Medal at the World Culinary Arts Festival.

Tash holds a Bachelor of Arts Honors Degree and a Juris Doctor Degree from the University of Alberta along with Culinary Honors from the Northern Alberta Institute of Technology.

Seminole Hard Rock Hotel & Casino Tampa is the premier entertainment destination of Central Florida. Owned and operated by the Seminole Tribe of Florida, the property is one of the most successful and largest casinos in the world. Located off I-4 at North Orient Road and Hillsborough Avenue, about 10 minutes east of downtown Tampa, the casino features high stakes table games, thousands of the hottest slot machines as well as a new smoke free slots area offering more than 850 popular games. Additionally, there is a new state-of-the-art Poker Room featuring 46 tables and a new art deco-inspired Mezzanine Level Casino with more than 500 premium and high limit slots. The hotel is AAA Four Diamond rated and offers six award-winning Zagat-rated restaurants, including the fine dining venue Council Oak Steaks & Seafood. The only place to rock one’s body and soul, Rock Spa® & Salon, is also available along with a plethora of VIP services. For more information, please call 866-502-PLAY or visit us online and via Facebook, Twitter, Instagram and Pinterest.