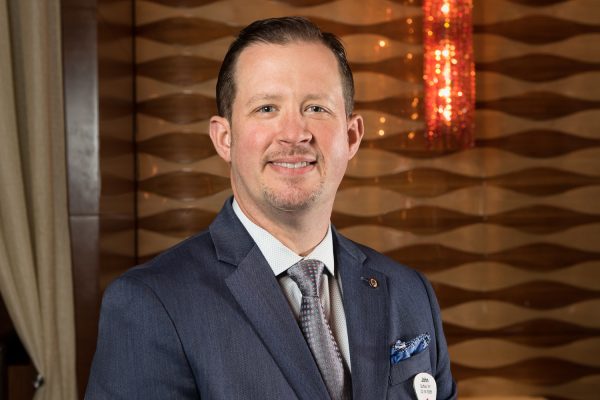 Urbanski has an extensive fine dining background, specifically, in the Tampa Bay area. He was part of the opening team for both the Capital Grille and Ocean Prime.

Most recently, Urbanski spent five years at Eddie V’s Prime Seafood in Tampa as the Assistant General Manager and Sommelier.

After growing up in Germany and Austria, Urbanski developed an admiration and knowledge for fine wines while attending college in San Luis Obispo, California.

“We are delighted to appoint John to our senior management team. In light of his new role, we continue to provide our guests with enhanced service in Council Oak Steaks & Seafood that will now be accented with John’s passion for wine, fine dining training and knowledge of service. He serves as a part of the greater strategy of continuously positioning and realigning our property as a culinary destination in Tampa Bay,” said Dawn Lazo, Vice President of Food & Beverage.

Urbanski will oversee 50 team members and will spearhead the restaurant’s wine program, craft cocktail list and collaboration dinners that will enhance the premier steakhouse and its offerings.
About Seminole Hard Rock Hotel & Casino Tampa