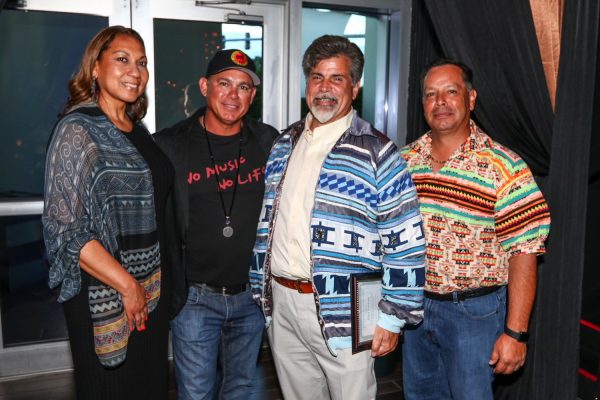 On July 12th, John Fontana was joined by over 300 close friends, family and coworkers as he celebrated his retirement from the Seminole Tribe of Florida after 38 years at Hard Rock Cafe Tampa.

Upon graduation from Florida State University with a degree in Finance in 1980, Fontana began his career with the Seminole Tribe of Florida as a Staff Accountant and Bingo Master.

In 1981, he transferred to Seminole Casino Tampa as Assistant to the Managing Partners and his acute business sense and dedication led to being named General Manager in 1987 and thereafter as President of Seminole Hard Rock Support Services.

Under Fontana’s leadership, the award-winning Seminole Hard Rock Hotel & Casino Tampa grew to be one of the largest and most profitable casinos in the United States. Currently, it is the largest casino in Florida that contributes greatly to the economic success of the Tampa Bay area. A $700 million site expansion and enhancement are underway.

Seminole Hard Rock Hotel & Casino Tampa is also the title sponsor of both the annual “Pinktober” benefitting Making Strides Against Breast Cancer and the Gasparilla Parade of the Pirates.

He has served on the board of various organizations such as the Florida Council for Compulsive Gambling, the Tampa Bay Partnership, the Brandon Foundation, Visit Tampa Bay and Derek Jeter’s Turn 2 Foundation.