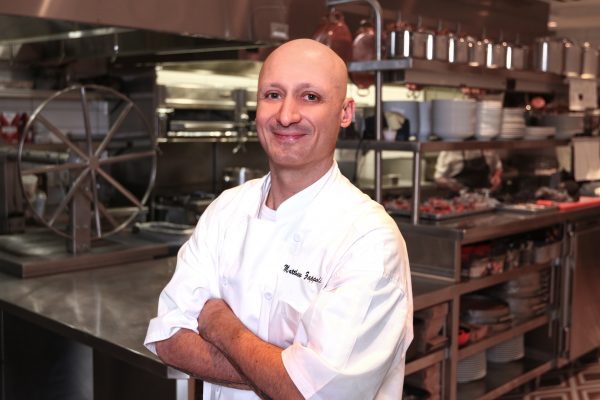 Seminole Hard Rock Hotel & Casino Tampa is pleased to announce the appointment of Matthew Zappoli as chef de cuisine at The Rez Grill. Zappoli joins Creative Culinary Director Frank Anderson in the kitchen of the American grill concept, bringing with him 20 years of notable culinary experience.

Zappoli, a New Jersey native, began his long-standing career in 1998 when he graduated with honors from the prestigious Culinary Institute of America in Hyde Park, New York. Following graduation, he was hired by his now mentor and celebrity chef and restaurateur Charlie Palmer, at the highly acclaimed Aureole located in New York City. Zappoli’s appetite for success and creativity led him to advance quickly and work across the country in various Charlie Palmer properties including the Las Vegas-based Aureole located in the Mandalay Bay Hotel and Dry Creek Kitchen located in Hotel Healdsburg in Sonoma County, California.

In 2008, Zappoli decided to take his wealth of experience and return to his New Jersey stomping grounds where he successfully opened and managed his own restaurant, Tre Amici, along with his brother. In 2010, Zappoli garnered national attention when he was crowned champion on an episode of The Food Network’s “Chopped.”

The restaurant is the most recent addition to the property, which began a multi-million-dollar expansion and renovation in 2017. At the helm of the American grill is the newly appointed Creative Culinary Director, Frank Anderson, whose pedigree includes having run the kitchens at James Beard-recognized restaurants, Animal and Son of a Gun. Anderson has curated a menu that offers elevated comfort foods including items straight from the kitchen’s wood-burning grill to hand-made pastas and dishes meant for sharing – playfully categorized as “table participation.”