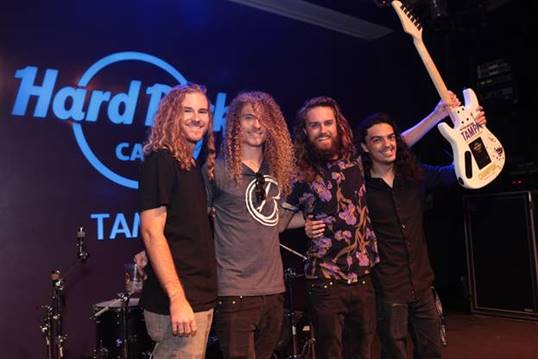 In beating out three other area bands – Ella Jet & Future Soul, Hope Darling and Against the Element – Stonegrey earned a performance slot in 97x Next Big Thing 2018 at the MidFlorida Credit Union Amphitheatre. They also received an “Insta-Band” package from Dean Guitars that includes one five-piece drum kit, two electric guitars and one electric bass guitar.

A four-piece rock band, Stonegrey has been playing together for the better part of a decade. They have pulled double duty between creating and performing original music, while offering a very accomplished catalog of covers spanning northward of 40 years.