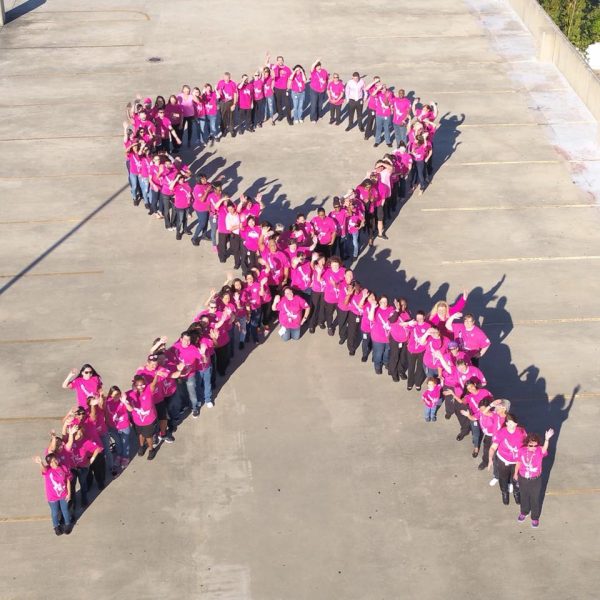 This is the 11th year of Seminole Hard Rock Tampa’s involvement with PINKTOBER. Last year, the property raised over $57,000 to help fund research for prevention and a cure for breast cancer.

A major component of the program will once again be the property’s support of the American Cancer Society’s Making Strides Against Breast Cancer Walk as the $50,000 Pink Premier Sponsor.

This year’s walk is scheduled for Saturday, October 20, at Tampa’s Amalie Arena beginning at 9 a.m. Like previous years, Seminole Hard Rock Tampa will enter a team for the walk. For details about the Making Strides Against Breast Cancer Walk, please visit www.makingstrideswalk.org.

Throughout October, the property will be selling limited edition bracelets in its retail shops for $5 with 100 percent of the proceeds generated going to the American Cancer Society. The retail shops will also be selling special pink guitar pins, men’s ties, socks, slippers, coin purses, backpacks, pillow cases, stylus pens and coffee mugs with a portion of the proceeds going to the ACS.

In celebration of PINKTOBER, Rise Kitchen & Bakery will have pink themed pastries for sale.

Additionally, the property bars will offer a “Pinktini” with a portion of those proceeds going to the American Cancer Society. The Rez Grill will also be hosting a Pinktober Dinner on Thursday, October 25, featuring Beefeater London Pink Gin with a portion of the proceeds to benefit the American Cancer Society. Finally, Hard Rock Cafe will host “Hard Rock Rock ‘n’ Roll Trivia” on Tuesday, October 23, at 7 p.m. to benefit Making Strides Against Breast Cancer. It’s open to the public on a first come, first served basis. There’s a $10 entry fee per person and Hard Rock will match the dollar amount raised from entry fees and donate it to the American Cancer Society. All entry fees make up the prize pool – 1st place receives 50 percent of the prize pool, while 2nd place receives 30 percent of the prize pool and 3rd place 20 percent of the prize pool. Hard Rock will also be giving away $300 worth of prizes throughout the night to include vouchers for The Rez Grill and Council Oak Steaks & Seafood as well as Hard Rock Cafe gift cards.

The Pinktober Poker Open will be taking place from October 6 to October 14 with a portion of the buy-ins going to the ACS.

More than 1,000 Seminole Hard Rock Tampa team members have donated one percent of their pay for the month of October to benefit the American Cancer Society. Those same team members will be able to partake in “Think Pink Thursdays” and wear the provided “Rockin’ Walkstars” shirt to work.