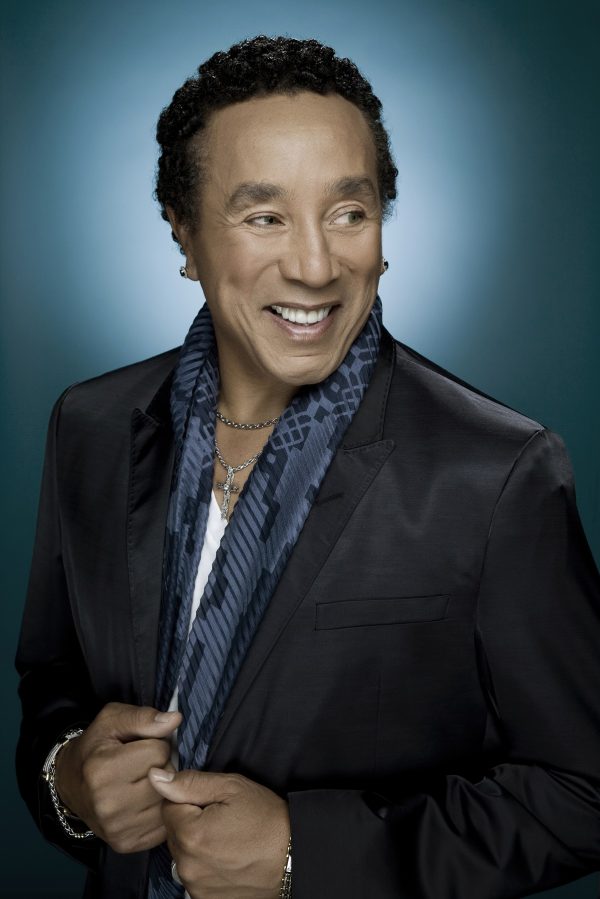 Tickets starting at $80 per person are on sale now via Ticketmaster and at The Rock Shop. The show is for those 21 and older.

Robinson initially rose to fame with his group The Miracles. He met Berry Gordy after a failed audition for singer Jackie Wilson’s managers and Gordy was impressed with Robinson’s vocals and ambitious songwriting talents. With Gordy’s help, the group released “Got a Job,” which marked the beginning of a successful collaboration and the start of Motown Records.

In 1960, The Miracles recorded their and Motown’s first million-selling hit, “Shop Around.” Between 1960 and 1970, Robinson would produce 26 Top 40 hits with The Miracles including several Top 10 hits such as “You’ve Really Got a Hold on Me,” “I Second That Emotion,” and the group’s only number one pop hit – “The Tears Of A Clown.” Other notable hits included “Ooo Baby Baby,” and “The Tracks Of My Tears.”

As one of the major songwriters and producers for Motown over the years, Robinson also penned several hit singles for other artists – “Who’s Loving You,” “My Guy,” “The Way You Do The Things You Do,” “My Girl,” “Get Ready,” and “Ain’t That Peculiar.”

Robinson’s best known solo hit is “Cruisin’,” which hit number one in Cash Box and peaked at number four on the Billboard Hot 100.

The Detroit native has been Inducted into the Kennedy Center, awarded an individual star on the Hollywood Walk of Fame and a second star with the Miracles. He was inducted into the Rock and Roll Hall of Fame in 1987.