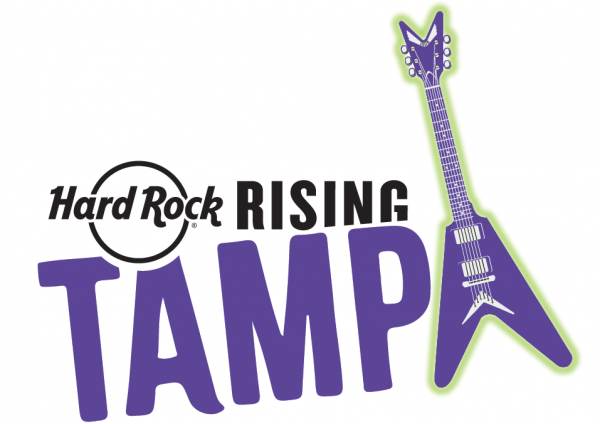 Seminole Hard Rock Hotel & Casino Tampa is once again calling on local bands to take the stage at the Hard Rock Cafe for the chance to play at the 2019 97x Next Big Thing Music Festival.

As part of this year’s “Hard Rock Rising Tampa – Battle of the Bands,” music acts will compete for a shot at next level fame.

Rising to the Next Level

Beginning on Monday, September 2, Seminole Hard Rock Tampa will open online registration at TampaHardRock.com/Rising.  All entrants will need to be at least 16 years of age and submit a completed Reverb Nation webpage with two original song uploads. The submission period ends on Thursday, September 12.

From September 16-20, committee voting will take place to determine the top three finalists from all eligible entrants to participate in the live competition. In addition, four to six wildcards will be chosen. During this period, the property will solicit fans via a social media vote to select the last wildcard finalist.

On Monday, September 30, the property will announce online the three finalist bands and the one wild card finalist band who will battle at the Live Competition on Wednesday, October 23, at Hard Rock Cafe Tampa.

One Grand Prize winner of the Live Competition will win a performance slot at the 2019 97x Next Big Thing Music Festival at the MidFlorida Credit Union Amphitheatre in Tampa, where the they will perform next to acts such as The 1975, AJR, Judah and the Lion and more.

The Live Competition judges will include a variety of music industry professionals. There will be five categories included in the judging criteria – Originality (30 percent), Musicianship (20 percent), Vocal Ability (20 percent), Stage Presence (20 percent) and Audience Reaction (10 percent).