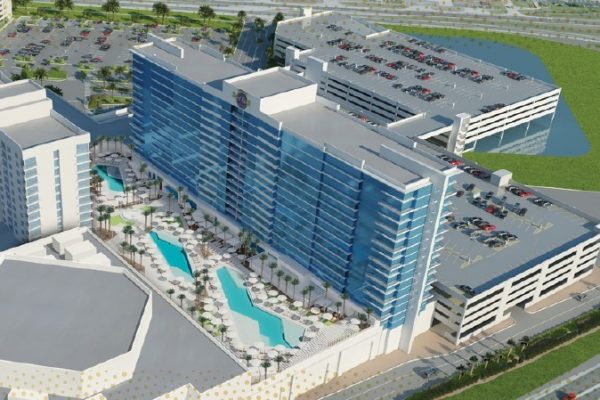 Seminole Hard Rock Hotel & Casino Tampa will stage a Grand Celebration Weekend – Thursday, October 3 to Sunday, October 6 – to commemorate the completion of its $700 million expansion that includes a new hotel tower, pool and spa, along with retail and dining outlets.

The festivities kick off on October 3 at 10 a.m. and will feature a ceremonial guitar smash, followed by a high wire walk for invited guests at 12:10 p.m. between the property’s two hotel towers by Nik Wallenda and his mother, 66-year-old Delilah Wallenda. This will be her final high wire walk.

Nik Wallenda, a seventh-generation member of the Great Wallendas, is the owner of 10 world records. Among his many feats include becoming the first person to walk a wire directly over Niagara Falls as well as the Grand Canyon. In June, he and his sister, Lijana, walked a wire 230 feet above Times Square in New York City. His shows have received worldwide television coverage.

The Thursday event schedule will also include a performance by Light Balance, a hi-tech neon and LED show which contains elements of acrobatic and dance choreography. The group earned the Golden Buzzer Award during their audition for Season 12 of America’s Got Talent and finished third overall in the competition.

Additionally, the property will host a Nightlife Party in the new Hard Rock Event Center beginning at 8 p.m. on Thursday. It will feature performances by DJ Jazzy Jeff and Big Boi, a member of the hip hop duo Outkast.

The Grand Celebration Weekend will conclude with a pool party on Sunday, October 6 at noon hosted by celebrity DJ Brody Jenner.

Media wishing to attend/cover any of the Grand Celebration Weekend activities should RSVP via email to [email protected].