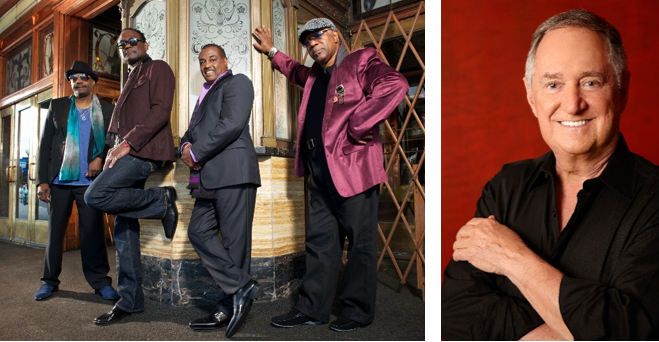 Recording industry legends Kool & The Gang iconic songs like “Celebration,” “Cherish,” “Jungle Boogie,” “Summer Madness” and “Open Sesame,” have earned them two Grammy Awards, seven American Music Awards, 25 Top 10 R&B hits, nine Top 10 Pop hits and 31 gold and platinum albums. The band’s bulletproof funk and jazzy arrangements have also made them the most sampled R&B band of all time. A reviewer recently called their performance “a 24-karat show.” Tickets for the show start at $45 and on sale now via Ticketmaster.com. Doors open at 7 p.m.

Singer and songwriter Sedaka will perform his popular hits including chart toppers such as “The Diary,” “Oh! Carol,” “Stairway to Heaven,” “Calendar Girl,” “Little Devil,” “Happy Birthday Sweet Sixteen,” “Next Door To An Angel,” and “Breaking Up Is Hard To Do.” He has written hit songs for artists such as Frank Sinatra, Tom Jones, The Monkees and The Fifth Dimension. Tickets for the show start at $60 and on sale now via Ticketmaster.com. Doors open at 7 p.m.