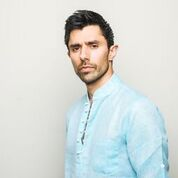 Fans may purchase tickets starting at $40 beginning Friday, December 20, via Ticketmaster or online at seminolehardrocktampa.com.

Heralded by DJ Magazine as the ‘Prince of Cinematica’ American born, Kashmiri-Indian descent, KSHMR, as in Kashmir, was raised making periodic family trips to his father’s homeland. Though, it wasn’t until KSHMR began seeking inspiration for his own musical productions that he realized the significance of his upbringing.

KSHMR exploded onto the scene with his first release, “Megalodon.” Since then, his Beatport releases “Burn,” “Secrets,” “Karate,” “Memories,” “Heaven,” “Strong” and “Bazaar” have all peaked at number 1 overall and quickly garnered him a rapidly growing fan base.

In 2016, KSHMR was awarded DJ Mag’s prestigious accolade of Best New Live Act, climbed to number 12 on their Top 100 DJ list and graced the cover of the March issue. He followed suit in 2017 with a non-mover position on the DJ Mag, Top 100 chart, and was awarded Best Audio-Visual Act.

KSHMR’s latest endeavor is the start of his own record label Dharma. A platform to showcase the best global talent in the world of dance music. The first release on Dharma is his EP “Materia,” featuring collaborations with the likes of Snails, Maurice West, JDG and No Mondays.

Two of KSHMR’s massive releases are “Harder” a collaboration with Tiesto and “Power” with Hardwell.

In 2017 he took his incredible KSHMR LIVE show to the ULTRA stages in Miami, Korea, Singapore, Japan and Mexico. Incorporating an orchestra, mesmerizing Bollywood dancers, and an animated story narrative that is weaved into his musical set. KSHMR brought to life his original productions and people are still talking about it!