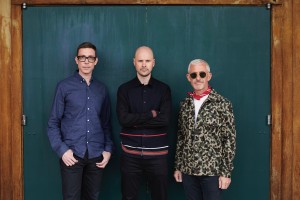 Above & Beyond will be the featured performer at Seminole Hard Rock Hotel & Casino Tampa’s Tampa Bay Daylife pool party on Sunday, February 9, 2020.

Fans may purchase tickets starting at $50 beginning Friday, December 27, via Ticketmaster or online at seminolehardrocktampa.com. Guests must be 21 or older to attend the rain or shine event.

Above & Beyond, or Jono, Tony and Paavo as they are better known to their legions of fans around the world, have been at the forefront of electronic dance music for two decades.

Founders of the iconic Anjunabeats and Anjunadeep record labels and hosts of a weekly radio show, that reaches millions of dance lovers every Friday (Group Therapy), the trio have earned two GRAMMY™️ nominations for anthems “Northern Soul” featuring Richard Bedford and “We’re All We Need” featuring Zoë Johnston. In 2018, the band’s fourth electronic album, Common Ground, debuted at number three on the Official Billboard Album Chart.