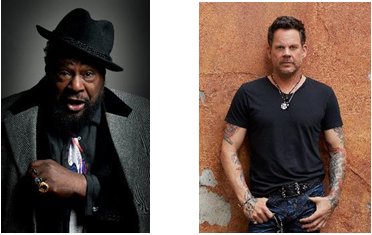 Recording both as Parliament and Funkadelic, Clinton revolutionized R&B during the 1970s, twisting soul music into funk by adding influences from several late 1960s heroes like Jimi Hendrix, Frank Zappa and Sly Stone.

Clinton has received a GRAMMY®, a Dove (gospel) and MTV Music Video awards. He has also been recognized by BMI, the NAACP Image Awards and Motown Alumni Association for lifetime achievement. In 1997, Clinton’s Parliament/Funkadelic was inducted into the Rock & Roll Hall of Fame.

Tickets starting at $30 can be purchased online at Ticketmaster.com or online at seminolehardrocktampa.com.

Allan, a country music artist with the allure of a modern day outlaw, is known for his signature blend of smoldering vocals, rebellious lyrics and raucous live performances.

Allan’s nine studio and greatest hits albums have produced 26 singles on the U.S Billboard Hot Country Songs and Country Airplay charts, including number one hits “Man to Man,” “Tough Little Boys,” “Nothing on but the Radio” and “Every Storm (Runs Out of Rain).”

A California native, Allan has been described as “dark and dreamy” by Entertainment Weekly, “soulful and rough around the edges” by Playboy and deemed a “maverick” by Rolling Stone. He has appeared on various late night TV shows and landed on the covers of Country Weekly, Pollstar and People.

Tickets starting at $40 can be purchased online at Ticketmaster.com or online at seminolehardrocktampa.com.