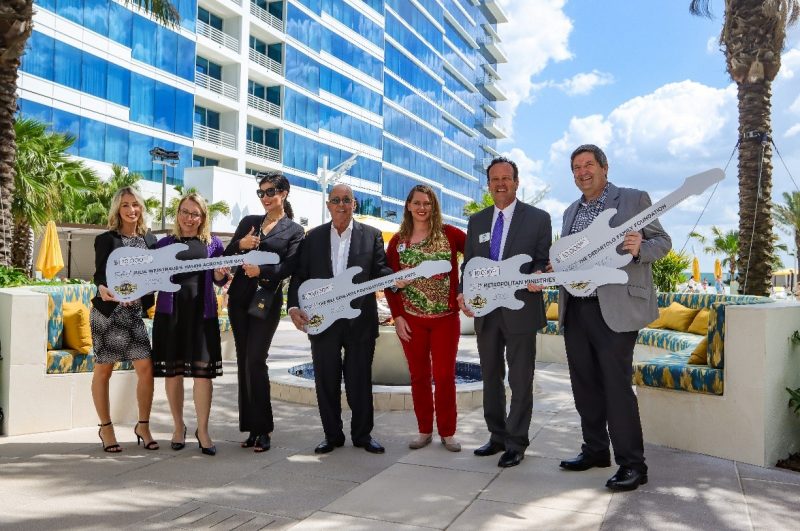 Property President Steve Bonner presented the checks to the DeBartolo Family Foundation, Metropolitan Ministries, the Bill Edwards Foundation for the Arts and Julie Weintraub’s Hands Across the Bay.

Seminole Hard Rock Hotel & Casino Tampa announced during its 10th anniversary celebration in 2014 that it would be giving away a total of $100,000 each to these four designated charities. The money was to be distributed in increments of $10,000 a year for 10 years.