Search Underway for Missing Woman with Dementia (PHOTOS BELOW)

The public’s help is needed to locate a 74-year-old woman with dementia and diabetes who walked away alone from the Seminole Hard Rock Hotel & Casino Tampa at 4:30 p.m. Tuesday, April 13 and has not been seen since.

According to officers of the Seminole Police Department of the Seminole Tribe of Florida, Edna Rainey was last seen alone and walking west on the south side of Hillsborough Avenue from Orient Road.  She was at the casino complex with family members, who lost touch with her and contacted security officers to report her missing.  Police and security officers tracked her movements away from the casino using surveillance video.

Edna Rainey is described as a black female, 5 feet tall and weighing 90 pounds, with white hair.  She was last seen wearing blue sweatpants and a blue/gray jacket and gray sandals with white socks.  Seminole Police have released a still image taken from surveillance video as Rainey left the building, in addition to a photograph provided by her family.

According to information obtained from her family, Edna Rainey may only offer limited information about who she is.  Rainey is a resident of Palm Harbor in Pinellas County, where she lives with family.

A “Be on the Lookout” BOLO notification was issued late Tuesday and circulated to Tampa Bay area police agencies, who have been cooperating in the search.  Seminole Police have also contacted area hospitals without locating Rainey.  Police are in the process of canvassing businesses along her possible routes of travel to find additional surveillance video that may be helpful in the search. 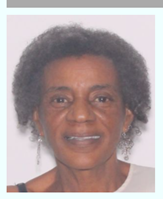 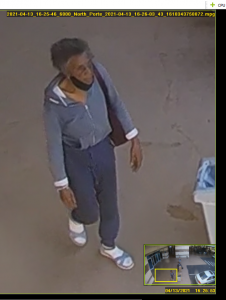