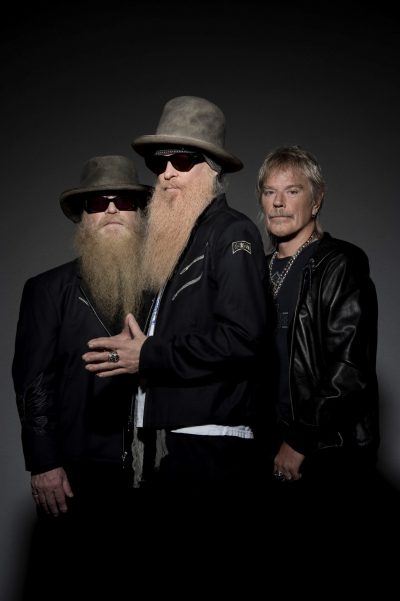 ZZ Top will be performing live in concert at the Hard Rock Event Center at Seminole Hard Rock Hotel & Casino Tampa on Tuesday, November 9, 2021, at 8 p.m. with doors opening at 7 p.m.

ZZ Top, that little ol’ band from Texas, lay undisputed claim to being the longest running major rock band with original personnel intact and, in 2004, the Texas trio was inducted into the Rock and Roll Hall of Fame. Original band members, Billy F Gibbons, Dusty Hill and Frank Beard are still very much together after almost 50 years of rock, blues, and boogie on the road and in the studio.

“Yeah,” says Gibbons, guitarist extraordinaire, “we’re the same three guys, bashing out the same three chords.”  With the release of each of their albums the band has explored new ground in terms of both their sonic approach and the material they’ve recorded. ZZ TOP is the same but always changing.

2016 saw the release of ZZ Top’s Live! Greatest Hits From Around The World album on Suretone, consisting of 15 songs recorded live in 13 cities across three continents. Guitar legend Jeff Beck joins the band on stage in his native London for two songs “Rough Boy,” and a cover of Tennessee Ernie Ford’s “Sixteen Tons,” the latter of which was inspired by a hoax YouTube video claiming to be ZZ Top and Jeff Beck playing that very song. Their rendition matches the hoax video, in what Gibbons describes as “a mega meta kinda thang.”

The elements that keep ZZ Top fresh, enduring and above the transitory fray can be summed up in the three words of the band’s internal mantra, “Tone, Taste and Tenacity.” As genuine roots musicians, the members of the band have few peers. When it comes to the live experience, they’ve still got it. Their music is always instantly recognizable, eminently powerful, profoundly soulful and 100 percent Texas American in derivation. The band’s support for the blues is unwavering both as interpreters of the music and preservers of its legacy. It was ZZ Top that celebrated “founding father” Muddy Waters by turning a piece of scrap timber that had fallen from his sharecropper’s shack into a beautiful guitar, dubbed the “Muddywood.” This totem was sent on tour as a fundraising focus for The Delta Blues Museum in Clarksdale, Mississippi, site of Robert Johnson’s famed “Crossroads” encounter with the devil.

The band’s support and link to the blues remains as rock solid as the music they continue to play. They have sold millions of records over the course of their career, have been officially designated as Heroes of The State of Texas, have been referenced in countless cartoons and sitcoms and are true rock icons but, against all odds, they’re really just doing what they’ve always done. They’re real and they’re surreal and they’re ZZ Top.

Hard Rock International (HRI) is one of the most globally recognized companies with venues in 248 locations spanning 70 countries that include owned, licensed or managed Hotels, Casinos, Rock Shops®, Cafes and Hard Rock Live concert halls.  Beginning with an Eric Clapton guitar, Hard Rock owns and showcases the world’s most valuable collection of music memorabilia at more than 83,000 pieces. In 2020, Hard Rock International was honored as one of Forbes Magazine’s Best Employers for Diversity and Top Employers for Women.  Hard Rock was recognized as one of the top performing hotel brands in J.D. Power’s 2020 North America Hotel Guest Satisfaction Study for the second consecutive year.  HRI destinations are located in the world’s greatest international gateway cities, including its two most successful flagship properties in Florida and home to the world’s first Guitar Hotel® in South Florida, where its headquarters are located. The brand is owned by HRI parent entity The Seminole Tribe of Florida. For more information on Hard Rock International visit www.hardrock.com or shop.hardrock.com.