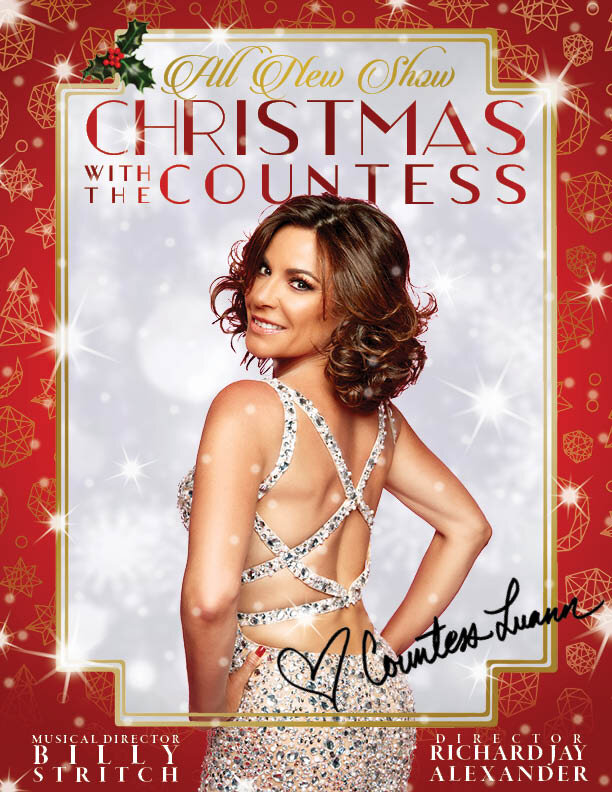 An original cast member of one of the most successful franchises in television history, The Real Housewives of New York, Luann de Lesseps will be at Hard Rock Event Center in Seminole Hard Rock Hotel & Casino Tampa on Tuesday, December 28, at 8 p.m. with her new “Christmas With The Countess” cabaret-style show.

Presale tickets will be available beginning Wednesday, August 25, at 10 a.m. with a social media exclusive code. Visit the property’s Twitter, Instagram, or Facebook pages for the exclusive code on presale day.

Tickets starting at $30 will be available Friday, August 27, at 10 a.m. via Ticketmaster and seminolehardrocktampa.com.

Ranked the #1 Housewife by TV Guide, topping all 46 housewives across all the franchised cities, de Lesseps is a model-turned-Countess who has transformed her career as a nurse, author, philanthropist, actress, and now a successful cabaret star.

In 2017, de Lesseps made her cabaret debut with #CountessAndFriends selling out shows at Feinstein’s/54 Below in New York City. The show has since received rave reviews from Vanity Fair and The New York Times. Due to its success, Live Nation signed her to a multi-show deal for an expanded national tour where she continues to sell out venues coast to coast.

A champion for many charitable organizations including The American Cancer Society, GLAAD, and ACE Partnership for the Homeless, de Lesseps most recently partnered with The Fortune Society which supports formerly incarcerated inmates by helping them build a successful life path as they reenter into society.

She’s currently working on her next book after authoring the best-selling book Class with the Countess: How to Live with Elegance & Flair.