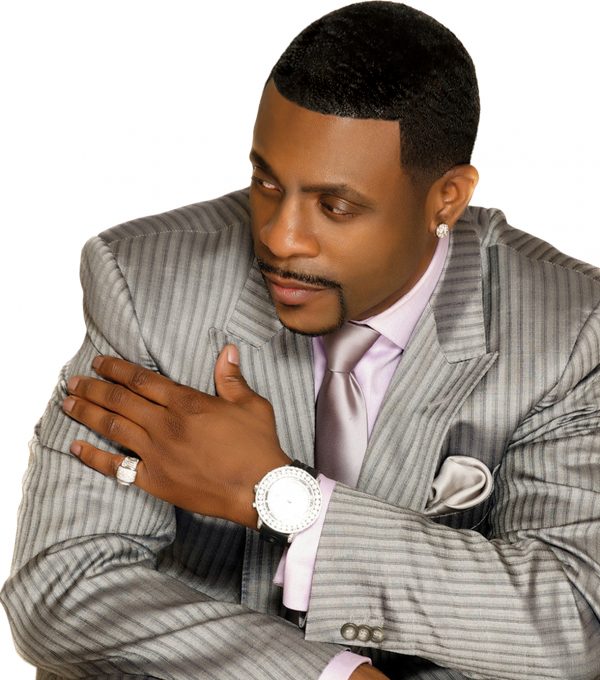 Presale tickets will be available beginning Wednesday, September 1 at 10 a.m. with social media exclusive code. Visit the property’s Twitter, Instagram, or Facebook pages for the exclusive code on presale day.

Tickets starting at $70 will be available Friday, September 3 at 10 a.m. via Ticketmaster and seminolehardrocktampa.com.

Sweat is a Harlem, New York born songwriter/ record producer/ vocalist / actor/ radio personality, with a career that spans 24 years of record breaking and trail blazing contributions to the Pop and R&B genre. He is coined the genius behind the New Jack Swing phenomenon of the late 1980’s. Sweat’s timely transition to the R&B mecca of Atlanta in 1992 added “label impresario” to his roster of talents. Sweat has dominated the Pop and R&B worlds with an indefinable presence.

His debut and now classic album Make It Last Forever sold more than three million copies, producing four R&B hit singles, including “I Want Her,” which also landed at #5 on the Pop charts. The album stats also include a nomination for the 1989 Soul Train Best R&B/Urban Contemporary Song of the Year award. Sweat has delivered five straight #1 albums, selling a worldwide total of 25 million records. His self-titled 1996 effort, Keith Sweat, gained quadruple platinum status. His critically acclaimed collaboration with fellow superstars Gerald Levert and Johnny Gill on the double platinum LSG, was launched a decade after he first landed in the music business.

The unflappable Sweat points to his consistency as the key to his success and achievement of a dozen top ten R&B singles including seven #1’s, four top five Pop singles and frequenting Billboards Top Charts. After being named Favorite Male R&B/Soul Artist by the American Music Awards in 1997, Sweat celebrated his longevity with his 1998’s aptly titled album, Still in the Game. His 2008 album Just Me made waves on radio and at cash registers and endorsed his claims to remain “in the game”. Sweat released his tenth studio album Ridin Solo in 2010. This multi-talented artist masters his craft and expounds upon various interests that keep him fresh in the public’s eye.

The state of Georgia authenticated Sweat’s extraordinary talent in the music business with a coveted induction into the Georgia Music Hall of Fame in 2008.

He has appeared on both the Martin show and the Wayans Brothers show, among others, and has starred in a handful of independent movies. Sweat’s initiation into the realty show craze, Keith Sweat’s Platinum House, yielded #1 ranking on the Centric network – of which, he was Creator and Executive Producer.

On the cusp of his third decade in the spotlight, Sweat has almost become a genre unto himself, his pleading ballads a mainstay of radio’s “Quiet Storm” format. As if in acknowledgement of that, Sweat hosts the #1 nighttime nationally syndicated radio show, “The Sweat Hotel”. The live call-in program boasts 3 million listeners exchanging dialogue with Sweat about matters of the heart. Like the steady beat of his up-tempo hits and tantalizing ballads, Sweat, remains relevant – recently voted #11 on the list of the 20 Greatest R&B/Soul cd’s of all time for his epic album Make It Last Forever by the Georgia Informer magazine.

Hard Rock International (HRI) is one of the most globally recognized companies with venues in 68 countries spanning 241 locations that include owned/licensed or managed Hotels, Casinos, Rock Shops®, Live Performance Venues and Cafes. HRI also launched a joint venture named Hard Rock Digital in 2020, an online sportsbook, retail sportsbook and internet gaming platform. Beginning with an Eric Clapton guitar, Hard Rock owns the world’s largest and most valuable collection of authentic music memorabilia at more than 86,000 pieces, which are displayed at its locations around the globe. In 2021, Hard Rock was awarded the Top Employer in the Travel & Leisure, Gaming, and Entertainment Industry by Forbes, designated as a U.S. Best Managed Company by Deloitte Private and The Wall Street Journal and named the top performing hotel brand in J.D. Power’s North America Hotel Guest Satisfaction Study for the third consecutive year. In 2020, Hard Rock was honored as one of Forbes Magazine’s Best Employers for Diversity and a Top Employer for Women. Hard Rock Hotels & Casinos also received first place ranking in the 2020 Casino Gaming Executive Satisfaction Survey conducted by Bristol Associates Inc. and Spectrum Gaming Group. Hard Rock destinations are located in international gateway cities, including its two most successful flagship properties in Florida and home to the world’s first Guitar Hotel® in South Florida, Global Gaming’s 2020 Property of the Year. The brand is owned by HRI parent entity The Seminole Tribe of Florida. For more information on Hard Rock International, visit www.hardrock.com or shop.hardrock.com.