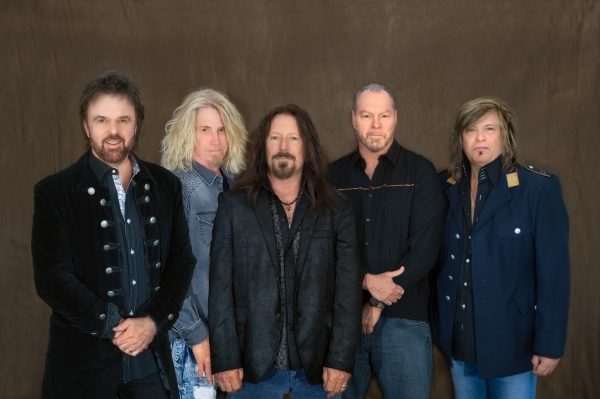 Presale tickets will be available beginning Wednesday, September 8 at 10 a.m. with social media exclusive code. Visit the property’s Twitter, Instagram, or Facebook pages for the exclusive code on presale day.

Tickets starting at $50 will be available Friday, September 10 at 10 a.m. via Ticketmaster and seminolehardrocktampa.com.

After more than four decades, 38 SPECIAL’s many Gold and Platinum album awards stand in testament to the endurance of a legendary powerhouse.

With sales in excess of 20 million, most associate the band with their arena-rock pop smashes, “Hold On Loosely,” “Rockin’ Into the Night,” “Caught Up in You,” “Fantasy Girl,” “If I’d Been the One,” “Back Where You Belong,” “Chain Lightnin’,” “Second Chance,” and more – Timeless hits that remain a staple at radio stations, immediately recognizable from the first opening chord, and paving the way to their present-day touring regimen.

Guitarist/vocalist Don Barnes says it’s all about maintaining that intensity in their live shows. “We never wanted to be one of those bands that had maybe gotten a little soft or complacent over the years. We’re a team, and it’s always been kind of an unspoken rule that we don’t slack up, we stack up. We go out there every night to win.”

Completing the team is bassist Barry Dunaway, drummer Gary Moffatt and keyboardist/vocalist Bobby Capps. The most recent addition to the band is legendary virtuoso guitarist and vocalist Jerry Riggs.

For 38 Special onstage, it is a celebration of camaraderie and brotherhood, a precision unit bringing the dedication and honesty to a long history of classic songs, as well as surprisingly fresh new material.

Since 1976, the band has released more than 15 albums. And from the start, they’ve toured relentlessly, bringing their signature brand of ‘muscle and melody’ to fans worldwide.

It is that steely determination that lives on in the hearts of these ‘Wild-Eyed Southern Boys.’

“The magic’s still there,” adds Barnes. “It’s an emotional high for us to keep ‘bringing it’ after all these years. When those lights go down and we all walk up those steps to the stage and hear that crowd roar, it’s a real rush to the head. It feels like we’re getting ready to strap ourselves in and it just takes off from there.”

Hard Rock International (HRI) is one of the most globally recognized companies with venues in 68 countries spanning 241 locations that include owned/licensed or managed Hotels, Casinos, Rock Shops®, Live Performance Venues and Cafes. HRI also launched a joint venture named Hard Rock Digital in 2020, an online sportsbook, retail sportsbook and internet gaming platform. Beginning with an Eric Clapton guitar, Hard Rock owns the world’s largest and most valuable collection of authentic music memorabilia at more than 86,000 pieces, which are displayed at its locations around the globe. In 2021, Hard Rock was awarded the Top Employer in the Travel & Leisure, Gaming, and Entertainment Industry by Forbes, designated as a U.S. Best Managed Company by Deloitte Private and The Wall Street Journal and named the top performing hotel brand in J.D. Power’s North America Hotel Guest Satisfaction Study for the third consecutive year. In 2020, Hard Rock was honored as one of Forbes Magazine’s Best Employers for Diversity and a Top Employer for Women. Hard Rock Hotels & Casinos also received first place ranking in the 2020 Casino Gaming Executive Satisfaction Survey conducted by Bristol Associates Inc. and Spectrum Gaming Group. Hard Rock destinations are located in international gateway cities, including its two most successful flagship properties in Florida and home to the world’s first Guitar Hotel® in South Florida, Global Gaming’s 2020 Property of the Year. The brand is owned by HRI parent entity The Seminole Tribe of Florida. For more information on Hard Rock International, visit www.hardrock.com or shop.hardrock.com.