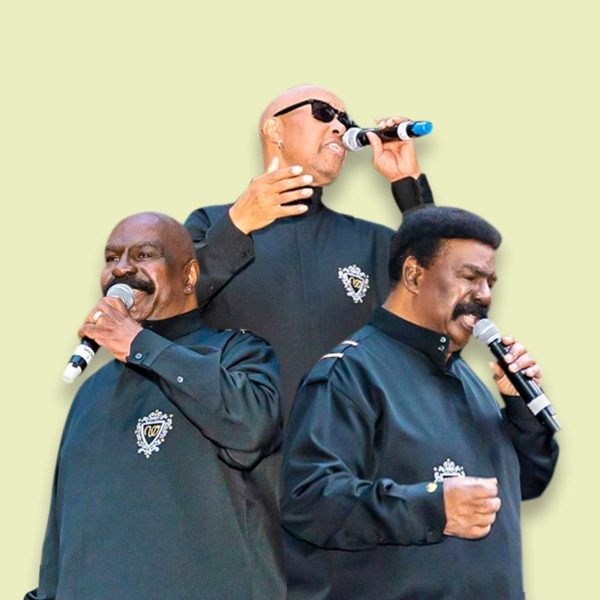 The Whispers will perform on stage in Hard Rock Event Center at Seminole Hard Rock Hotel & Casino Tampa on Sunday, February 27, 2022, at 8 p.m.

Presale tickets will be available beginning Wednesday, October 13, at 10 a.m. with a social media exclusive code. Visit the property’s Twitter, Instagram, or Facebook pages for the exclusive code on presale day.

Tickets starting at $35 will be available Friday, October 15, at 10 a.m. via Ticketmaster and seminolehardrocktampa.com.

In the annals of R&B history, the Whispers have earned a solid and memorable position as one of the world’s longest-running vocals groups. Celebrating over fifty years in the industry, they are the cream of soul, embellishing smooth ballads and upbeat dance favorites. As one of the premier R&B groups to ever grace the stage, their musical success can be attributed to a careful balance of soul, disco, jazz, and pop to the delight of millions of fans. They have had thirty-three top ten hits and twenty Billboard charted albums over a span of five decades.

The Whispers began their legendary career in 1964 when they first organized at Jordan high school in Watts, producing a string of hits continuing over the last five decades such as “Seems Like I Gotta Do Wrong”, “And the Beat Goes On’, “Rock Steady”, “A Song For Donny”, and “Lady”.  They emerged as the leading romantic singers of their generation, racking up one gold album after another and charting 46 Billboard hits. They are arguably the most celebrated R&B balladeers of their generation. Their music has been heard on movie sound tracks such as “Waiting to Exhale”, “Madea’s Family Reunion”, and “Diary of a Mad Black Woman”. They sang the title track on Jay Leno’s movie soundtrack “Collision Course”.

The group has not made any personnel changes since 1973 when Leaveil Degree replaced Gordy Harmon; they still consist of Walter Scott, Wallace Scott, and Leaveil Degree.  The passing of Nicholas Caldwell in 2016 left them as a trio, but still stellar and powerful in their stage presence. They are one of only a few “old school” groups that can boast of having over 50 years in the industry with a worldwide fan base, maintaining their vocal dominance and original members.

Their five decades of accomplishments have been acknowledged by induction into the Vocal Group Hall of Fame, presentation of the Governor’s Award by the San Francisco Chapter of the Grammy Awards, an NAACP Image Award, induction into the Bay Area Blues Society Hall of Fame, Rhythm and Blues Hall of fame and the Black Music Academy of America selected the Whispers to receive their Sammy Davis Jr. “Living Legends” award.