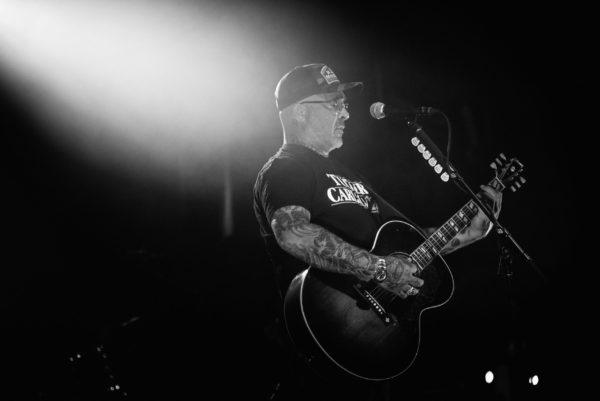 Tickets starting at $55 will be available Friday, November 12, at 10 a.m. via Ticketmaster and seminolehardrocktampa.com.

Lewis grew up in Springfield, Vermont, listening to his grandparents’ country eight-tracks. Those roots inspired the multi-platinum Staind founder to return to his origins for the #1 Billboard Country Album debut Town Line and Sinner, as well as Billboard’s #1 Hot Country Song debut “Am I The Only One,” only the ninth time since 1958.

Having recorded with George Jones, Willie Nelson, Charlie Daniels, Alison Krauss and Vince Gill, Lewis has put a traditionalist brand on his outlier country. Frayed At Both Ends, due out January 28, offers the hard touring, 15 million selling, workingman’s country star at his most personal and unplugged – making for an intimate record that reflects his Frayed At Both Ends, The Acoustic Tour show.

Owned and operated by the Seminole Tribe of Florida, Seminole Hard Rock Hotel & Casino Tampa is one of the largest and most successful casinos in the world offering award-winning gaming, hospitality, and entertainment. The casino features nearly 5,000 of the hottest slot machines, 179 table games and a state-of-the-art Poker Room featuring 46 tables. Additionally, the casino offers a smoke-free Mezzanine Level Casino. The hotel is AAA Four Diamond rated and the property proudly offers ten restaurants, including the upscale dining venues Council Oak Steaks & Seafood and The Rez Grill, as well as the new elegant Italian restaurant, Cipresso. Recent openings include a new hotel tower, an elevated arrival experience, the Hard Rock Event Center and Rock Spa® & Salon. The resort is located off I-4 at North Orient Road and Hillsborough Avenue, about 10 minutes east of downtown Tampa. For more information, please call 866-502-PLAY or visit us online and via Facebook, Twitter and Instagram.​