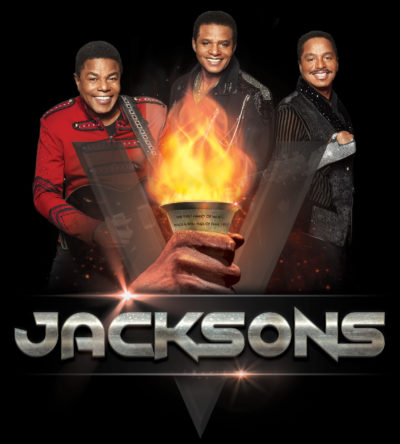 Tickets starting at $60 will be available Friday, December 3, at 10 a.m. via Ticketmasterand seminolehardrocktampa.com.

The Jacksons recently celebrated 50 years as one of the most successful groups in music history. Jackie, Tito, Jermaine, Marlon, and Michael, five brothers from Gary, Indiana, known originally as The Jackson 5 and later The Jacksons, rose to fame for their combination of extraordinary musical talent and spectacular choreography.

They earned the status of pop royalty in the music world, providing the launching pad for what would become Michael Jackson’s legendary solo career. The group found international success at Motown in 1969 with their first single “I Want You Back” reaching No. 1 on the Billboard Hot 100.

The group’s next three singles “ABC,” “The Love You Save,” and “I’ll Be There” followed suit, making music history with four debut singles all reaching No. 1. They scored 17 Top 40 singles on the Hot 100, following with hits such as “Never Can Say Goodbye” and “Dancing Machine.” To date, their Motown recordings alone have sold more than 200 million.

The Jacksons have become the inspiration for several generations of boy bands, including The Backstreet Boys, New Edition, N*SYNC and New Kids on the Block, among others.

Owned and operated by the Seminole Tribe of Florida, Seminole Hard Rock Hotel & Casino Tampa is one of the largest and most successful casinos in the world offering award-winning gaming, hospitality, and entertainment. The casino features nearly 5,000 of the hottest slot machines, 179 table games and a state-of-the-art Poker Room featuring 46 tables. Additionally, the casino offers a smoke-free Mezzanine Level Casino. The hotel is AAA Four Diamond rated and proudly offers ten restaurants, including the upscale dining venues Council Oak Steaks & Seafood and The Rez Grill, as well as the new elegant Italian restaurant, Cipresso. Recent openings include a new hotel tower, an elevated arrival experience, the Hard Rock Event Center and Rock Spa® & Salon. The resort is located off I-4 at North Orient Road and Hillsborough Avenue, about 10 minutes east of downtown Tampa. For more information, please call 866-502-PLAY or visit us online and via Facebook, Twitter, and Instagram.​