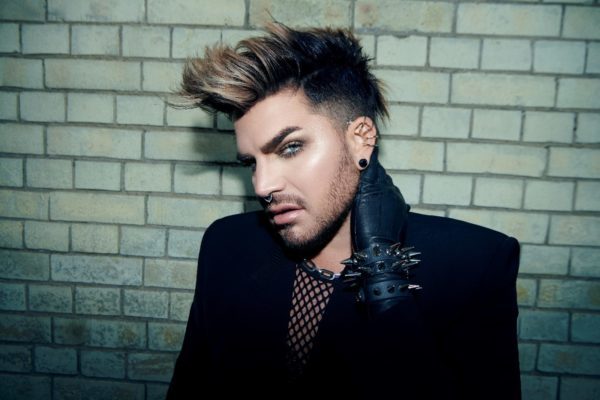 Tickets starting at $75 will be available Friday, March 11, at 10 a.m. via seminolehardrocktampa.com and Ticketmaster.

After blowing everyone away on the eighth season of American Idol, Lambert went on to release his debut album ‘For Your Entertainment’ which included the international hit ‘Whatya Want From Me’ and earned him a GRAMMY® Award nomination. He followed that success with his second album ‘Trespassing’ which became the first album to reach the number one spot in the U.S. and Canada by an openly gay artist.

His highly anticipated third album ‘The Original High’ was his first for Warner Bros. Records which was executive produced by Max Martin and Shellback and included the smash hit ‘Ghost Town.’

Lambert has been touring as the lead singer of Queen (Queen + Adam Lambert) since 2012, including two huge world arena tours which sold out in minutes and gained critical acclaim. In between touring the world with Queen, he has been exploring the world of film and TV with a cameo in the Oscar-winning film ‘Bohemian Rhapsody’ as well as voicing character ‘Emperor Maximus’ in animated-live action hybrid movie ‘Playmobil: The Movie.’

In 2019, Adam released the single ‘Superpower’ ahead of his highly anticipated EP ‘Velvet: Side A’ which went into the top 10 download chart in the U.K. and U.S. on release. The same month, Queen + Adam Lambert headlined Global Citizen Festival following a huge North American tour.

At the beginning of 2020, Adam Lambert launched the ‘Feel Something Foundation’; a non-profit organization in support of LGBTQ+ human rights. He released ‘Roses’ featuring Nile Rodgers in early February of 2020, a track from his album ‘Velvet.’ In October 2020, Queen + Adam Lambert released Live Around The World; a live album compiled of songs performed at various shows between June 2014 and February 2020. Live Around The World hit number one on the U.K. and Australian album charts.

In spring 2021, Lambert was announced as part of the judging panel for ITV (UK) entertainment show Starstruck. In the U.S., he joined the celebrity judging panel on Clash of the Cover Bands (E!), a new music competition series executive produced by Jimmy Fallon. In the fall, he took over the Venetian Theatre in Vegas for a very special six-night run of shows.

About Seminole Hard Rock Hotel & Casino Tampa
Owned and operated by the Seminole Tribe of Florida, Seminole Hard Rock Hotel & Casino Tampa is one of the largest and most successful casinos in the world offering award-winning gaming, hospitality, and entertainment. The casino features nearly 5,000 of the hottest slot machines, 179 table games and a state-of-the-art Poker Room featuring 46 tables. Additionally, the casino offers a smoke-free Mezzanine Level Casino. The hotel is AAA Four Diamond rated and proudly offers ten restaurants, including the upscale dining venues Council Oak Steaks & Seafood and The Rez Grill, as well as the new elegant Italian restaurant, Cipresso. Recent openings include a new hotel tower, an elevated arrival experience, the Hard Rock Event Center and Rock Spa® & Salon. The resort is located off I-4 at North Orient Road and Hillsborough Avenue, about 10 minutes east of downtown Tampa. For more information, please call 866-502-PLAY or visit us online and via Facebook, Twitter and Instagram.

About Hard Rock®:
Hard Rock International (HRI) is one of the most globally recognized companies with venues in 68 countries spanning 253 locations that include owned/licensed or managed Hotels, Casinos, Rock Shops®, Live Performance Venues and Cafes. HRI also launched a joint venture named Hard Rock Digital in 2020, an online sportsbook, retail sportsbook and internet gaming platform. Beginning with an Eric Clapton guitar, Hard Rock owns the world’s largest and most valuable collection of authentic music memorabilia at more than 86,000 pieces, which are displayed at its locations around the globe. In 2021, Hard Rock was honored as one of Forbes Magazine’s Best Employers for Diversity, a Top Employer for Women and the Top Employer in the Travel & Leisure, Gaming, and Entertainment Industry. Hard Rock was also designated as a U.S. Best Managed Company by Deloitte Private and The Wall Street Journal and named the top performing hotel brand in J.D. Power’s North America Hotel Guest Satisfaction Study for the third consecutive year in 2021. The brand is owned by HRI parent entity The Seminole Tribe of Florida. For more information on Hard Rock International, visit www.hardrock.com
or shop.hardrock.com.