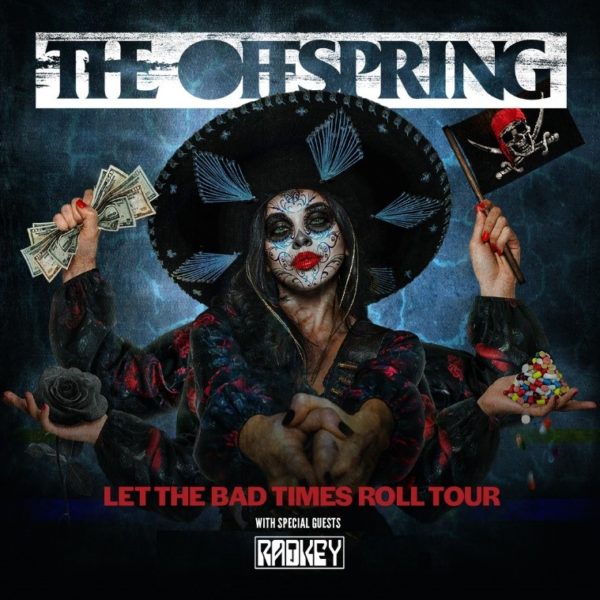 The Offspring will bring their Let the Bad Times Roll tour to the Hard Rock Event Center at Seminole Hard Rock Hotel & Casino Tampa on Friday, May 6, at 8 p.m.

Tickets starting at $50 will be available Friday, March 4, at 10 a.m. via seminolehardrocktampa.com and Ticketmaster.

Joining The Offspring at the Hard Rock Event Center show will be special guests Radkey.

Frequently regarded as one of the best rock bands of all time, The Offspring have garnered a reputation for their unmistakable sound and social comment. The multi-platinum band first achieved worldwide success in the 1990’s with the release of their album Smash, which sold over 11 million copies. Following Smash, they continued to release hit after hit, popularizing rock at a mainstream level.

Over the course of their 38-year career, the group has released 10 studio albums. The Offspring is often credited – alongside fellow California bands Green Day and Rancid – for reviving mainstream interest in rock in the 1990s. They have sold over 40 million records worldwide, making them one of the best-selling rock bands in history.