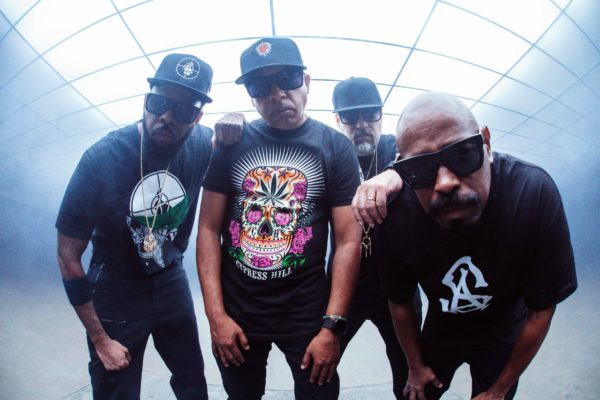 Tickets starting at $60 will be available Friday, April 29, at 10 a.m. via seminolehardrocktampa.com and Ticketmaster.

Three decades ago, B-Real, Sen Dog, and DJ Muggs sparked a trip that left popular culture stoned, stunned, and staggering in anticipation for more. Naming themselves after a local street in Los Angeles, Cypress Hill burst on the scene in 1991 with the release of their self-titled debut album. The singles “How I Could Just Kill a Man” and “The Phuncky Feel One” became underground hits, and the group’s public pro-marijuana stance earned them many fans among the alternative rock community. Cypress Hill followed their debut with Black Sunday in the summer of 1993, which debuted at #1 on Billboard’s Top 200, garnered three GRAMMY® Award nominations, and went triple platinum in the U.S. As a result, Cypress Hill became the first rap group to have two albums in the top 10 of the Billboard 200 charts at the same time and are the first Latino-American hip-hop group to achieve platinum and multi-platinum success. Since the release of Black Sunday, Cypress Hill have put out seven more albums including 2018’s critically acclaimed, Elephants on Acid. Cypress Hill made history once again in 2019 when the group was honored with their very own star on the Hollywood Walk of Fame. In 2021, Cypress Hill released “Champion Sound.” Produced by Black Milk, the single appears on the soundtrack of R.B.I Baseball 21, the eighth installment of the R.B.I. franchise developed by Major League Baseball and is also the featured song for the band’s partnership with Montejo Cerveza. Cypress Hill will celebrate the 30th anniversary of their self-titled debut this year with a SONY reissue on vinyl, 7-inch box set, a reissue across all DSP’s that includes eight unreleased tracks, as well as a graphic novel. The band also announced their very own STANCE sock (out now) and will be releasing their “Hits From The Bong” documentary as part of Mass Appeal’s “Hip Hop 50” franchise in partnership with Showtime.