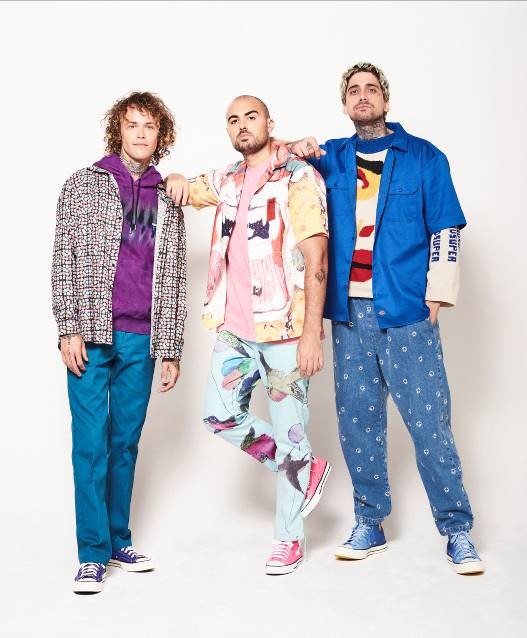 Cheat Codes and A-Trak are set to perform at a pool party at Seminole Hard Rock Hotel & Casino Tampa on Sunday, October 30, at 11 a.m.

Tickets priced at $35 will are on sale online at seminolehardrocktampa.com or via Ticketmaster. Cabana and Daybed VIP ticket options are available. Guests must be 21 or older to attend the event.

Not to mention, Liam Payne, Kim Petras, Wiz Khalifa, and Sofía Reyes all jumped at the chance to collaborate on rate, and Cheat Codes did remixes for Ed Sheeran and Sam Smith. Igniting clubs worldwide, their 2019 level 2 EP yielded the #1 Dance Radio hit “Who’s Got Your Love” featuring Daniel Blume in addition to “Ferrari” featuring Afrojack and “Be The One” featuring Kaskade. Most recently, their single with industry superstars Icona Pop dropped in 2022 titled “Payback” amassing worldwide press coverage and more than two million streams in the first week of release.

Cheat Codes made their acting debut with the Bella Thorne directed short film, music video for “No Service In The Hills” featuring Trippie Redd, blackbear and PRINCE$$ ROSIE. Acclaimed by Rolling Stone, Paper, Time, Billboard, and more, the band has shut down The Tonight Show Starring Jimmy Fallon and Jimmy Kimmel LIVE.

A-Trak, a.k.a. Alain Macklovitch, is the quintessential cultural connector. His 20-year career has seen him take turns as an internationally renowned turntablist, GRAMMY®-nominated producer, innovative remixer, globetrotting DJ and more. As a founder of New York’s celebrated Fool’s Gold Records, half of the legendary house duo Duck Sauce and, more recently, The Brothers Macklovitch alongside his brother Dave 1 of Chromeo, A-Trak is one of the most prolific names in music today.

Hard Rock International (HRI) is one of the most globally recognized companies with venues in over 70 countries spanning 265 locations that include owned/licensed or managed Rock Shops®, Live Performance Venues and Cafes. HRI also launched a joint venture named Hard Rock Digital in 2020, an online sportsbook, retail sportsbook and internet gaming platform. Beginning with an Eric Clapton guitar, Hard Rock owns the world’s largest and most valuable collection of authentic music memorabilia at more than 86,000 pieces, which are displayed at its locations around the globe. In 2022, Hard Rock Hotels was honored as the number one brand in Outstanding Guest Satisfaction for the second year in a row among Upper Upscale Hotels in J.D. Power’s North America Hotel Guest Satisfaction Study. This designation is the fourth consecutive year the iconic brand has been among top brands in this category.