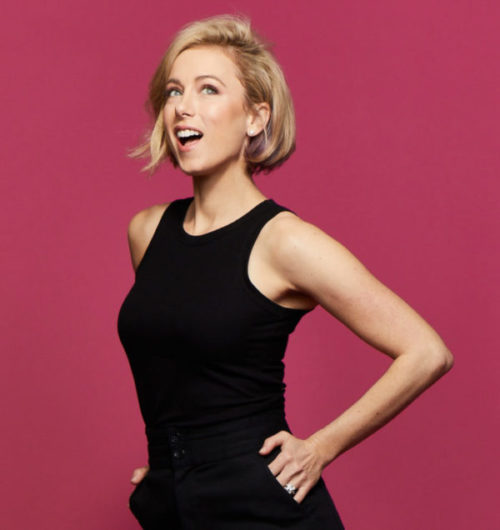 Tickets priced at $55 will go on sale online at seminolehardrocktampa.com or via Ticketmaster beginning Friday, November 4, at 10 a.m.

Iliza Shlesinger is an award-winning comedian, actor, writer, producer and author, selling out theaters around the globe with a devoted fan base who are known for creating their own Iliza-inspired swag to wear to her shows. She just released her 6th Netflix special “Hot Forever” and her second book “All Things Aside.”

She wrote and starred in the Netflix Rom-Con movie “Good On Paper” and played opposite Mark Wahlberg in the #1 Netflix film “Spenser Confidential.” She also appeared in the critically acclaimed indie drama “Pieces of a Woman” with Vanessa Kirby. Other credits include, “Instant Family,” starring Wahlberg and Rose Byrne, and “The Iliza Shlesinger Sketch Show,” a comedy series she created and starred in for Netflix.

In March 2020, in response to the pandemic, she and her husband, Chef/James Beard Award nominated author Noah Galuten, launched Don’t Panic Pantry as a way to encourage people to stay at home and flatten the curve. The fun, follow-along at-home cooking show streamed live via Shlesinger’s Instagram and Facebook page with more than 250 episodes. It has been featured on the TODAY Show, The Talk, and has been sponsored by companies like Le Creuset, Dansk and Bob’s Red Mill. The Don’t Panic Pantry Cookbook is set to be published in January of 2023 by AA Knopf.

Shlesinger’s first book, “Girl Logic: The Genius and the Absurdity” (Hachette Book Group) was a subversively funny collection of essays offering her unique perspective on women’s behavior. Her podcast, “AIA: Ask Iliza Anything,” is a fan favorite and features Shlesinger giving out her barefaced life advice to fans’ questions. She recently guest hosted Jimmy Kimmel Live and previously hosted her own limited run late night talk show “Truth & Iliza” on Freeform. She is the only female and youngest comedian to hold the title of NBC’s Last Comic Standing.

She lives in Los Angeles, California with her husband Noah, their newborn daughter Sierra Mae and their Chinese rescue dog, Tian Fu.