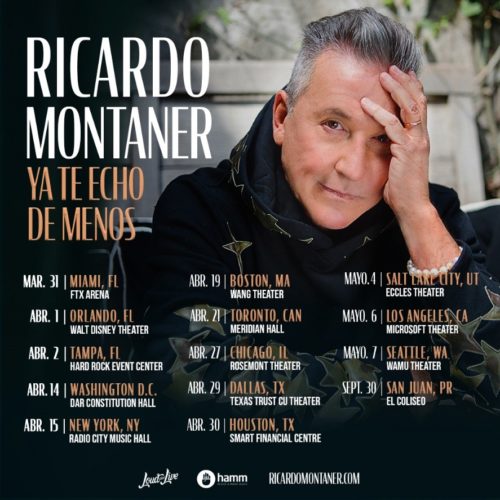 Tickets priced at $69.99 will be available starting Friday, November 11, at 10 a.m. via seminolehardrocktampa.com and Ticketmaster.

Montaner is one of the most acclaimed singer/songwriters in the Spanish-speaking world. He has accumulated dozens of multi-platinum, platinum, and gold albums for his multi-million albums sold.

Additionally, Montaner has received top awards from the Viña del Mar Festival in Chile, as well as the Silver Torch, the Golden Torch and the Gaviota.

Currently, Disney Plus is streaming the new series Los Montaner and his new single — Te echo de menos – is scheduled for release on November 10.